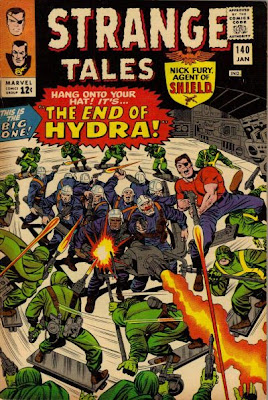 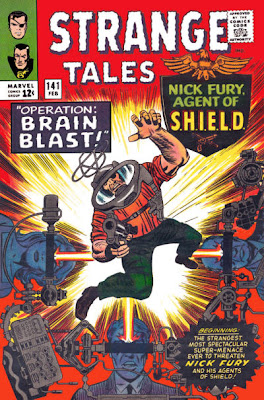 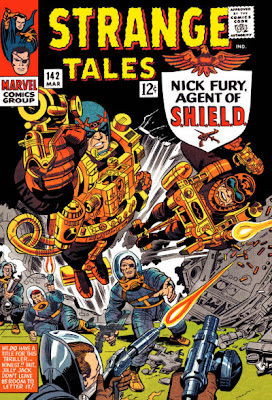 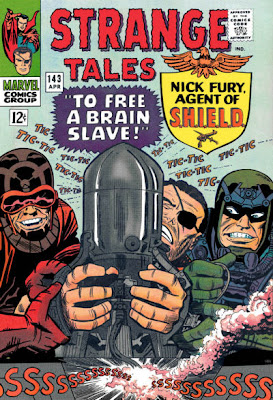 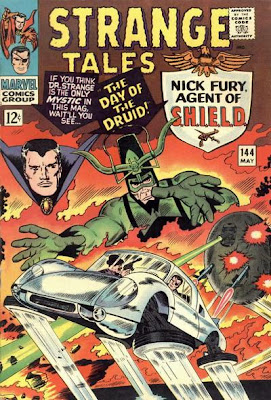 Here we have the year's run of STRANGE TALES. Originally an anthology of fantasy stories, the title became the home to an ultimately unsuccessful series starring the Fantastic Four's Human Torch. Quietly, in the back, Doctor Strange began his series by Steve Ditko and Stan Lee. When spies came into vogue, Marvel cleverly took the heroes of its WWII series, SGT FURY AND HIS HOWLING COMMANDOES and updated them to the modern-day espionage world. NICK FURY, AGENT OF S.H.I.E.L.D. replaced the Torch series in '65. Originally the S.H.I.E.L.D. strip would alternate covers with the DR STRANGE strip but for some reason, throughout most of this year, the spies won out.
This was too bad as Ditko, in his waning days at Marvel,pulled out all the stops and delivered some of his best work. The S.H.I.E.L.D. strip while well done and interesting, didn't really hit its stride until late in the year with the arrival of new artist Jim Steranko who would go on to be the most influential new talent of the decade in the comics field. 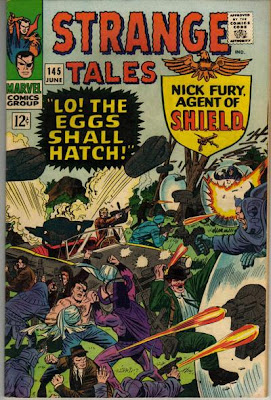 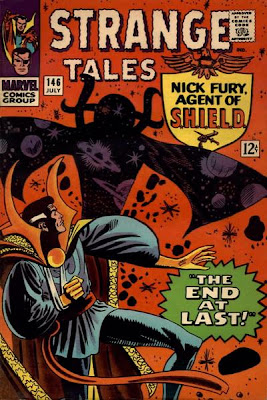 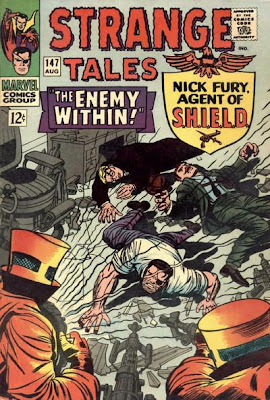 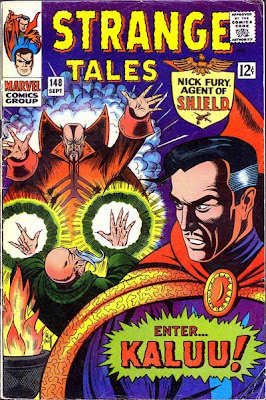 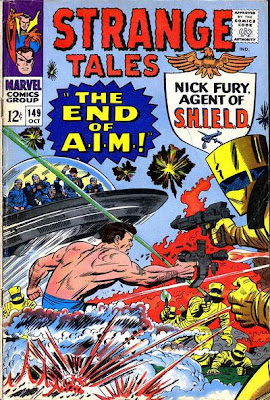 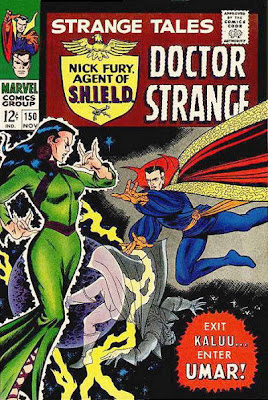 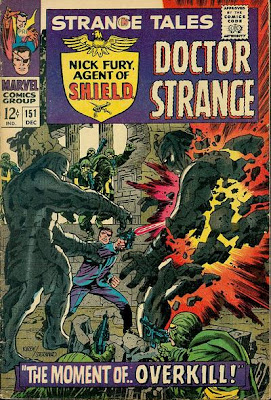 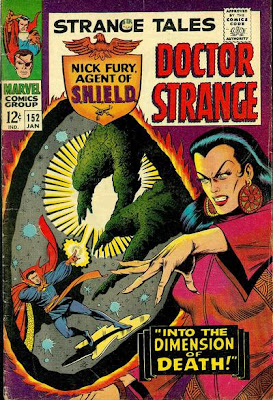 Posted by Booksteve at 5:42 PM