Raquel Welch and One Million Years BC 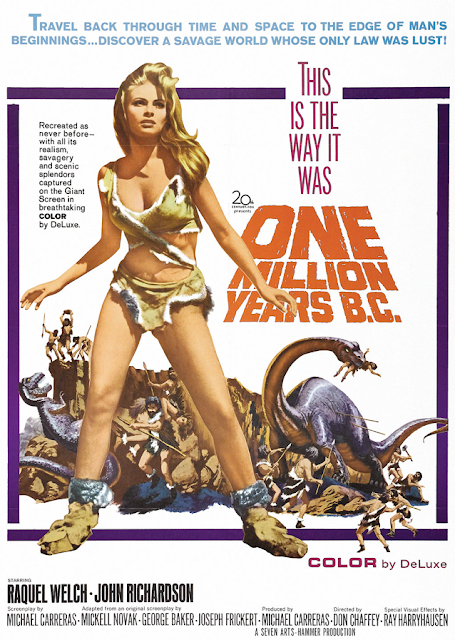 Yes, the legendary Ray Harryhausen created the special effects for Hammer's 1966 movie, ONE MILLION YEARS, B.C. but in reality what made the film a hit was pure and simply a special effect of nature named Raquel Welch. In the same year that she started to be taken seriously with her role in FANTASTIC VOYAGE, Ms. Welch became an iconic vision in her cavewoman outfit with full makeup. The black and white poster at the bottom was a huge seller for years to come and cinched Raquel's spot as the number one sex symbol of the sixties. 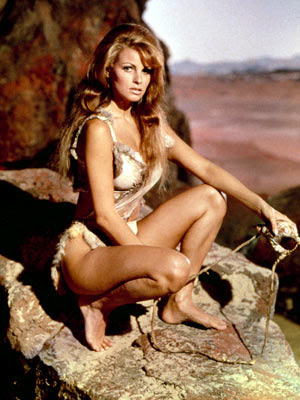 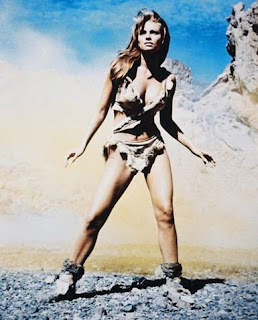 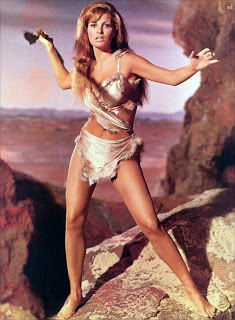 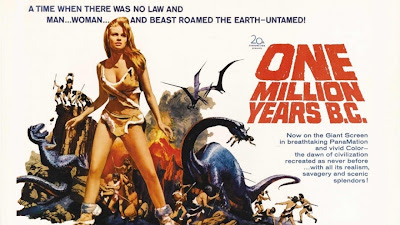 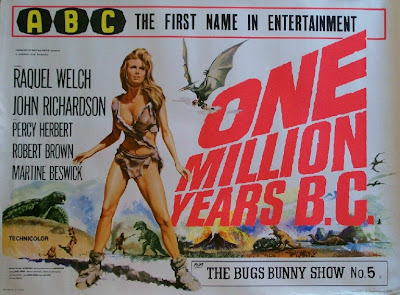 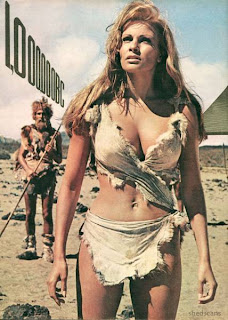 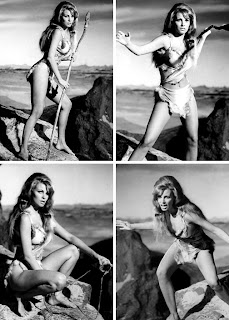 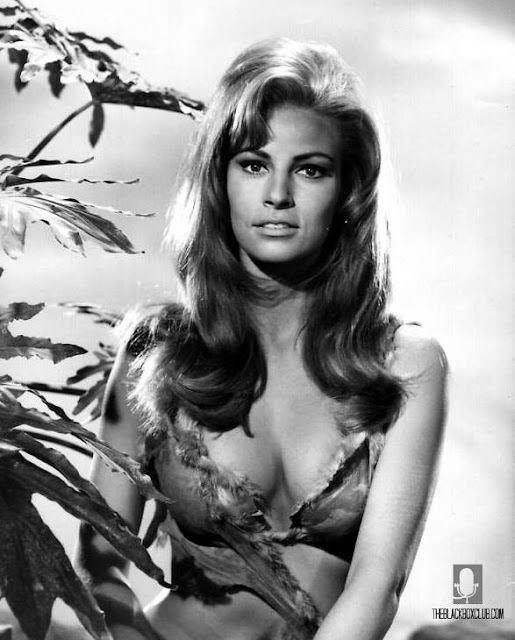 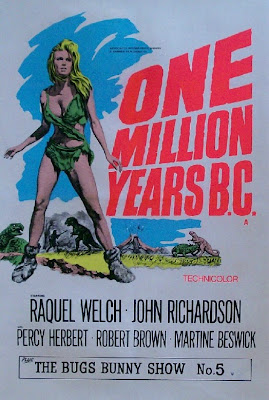 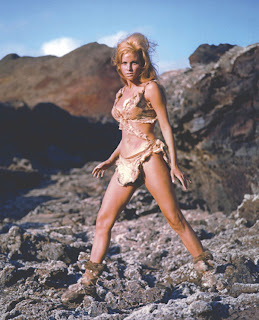 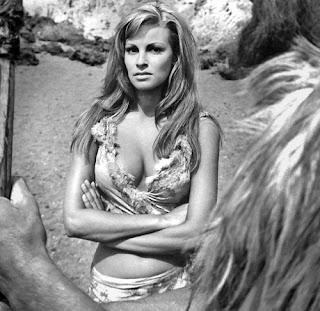 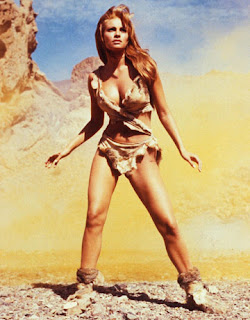 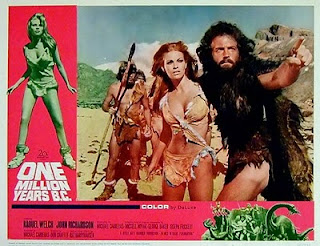 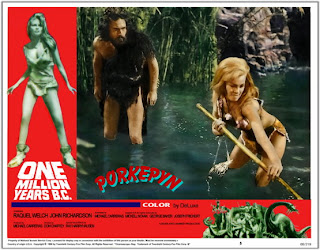 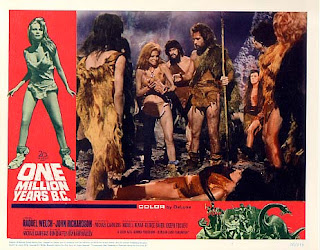 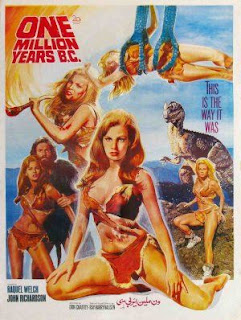 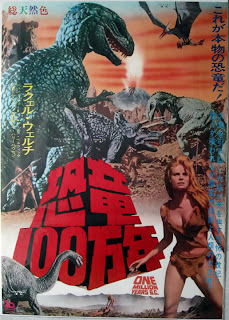 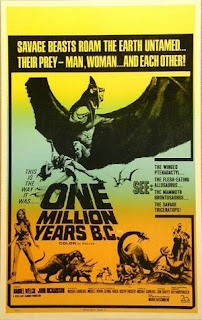 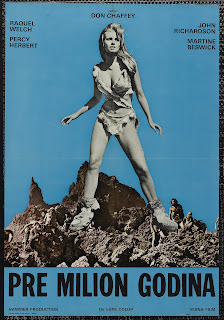 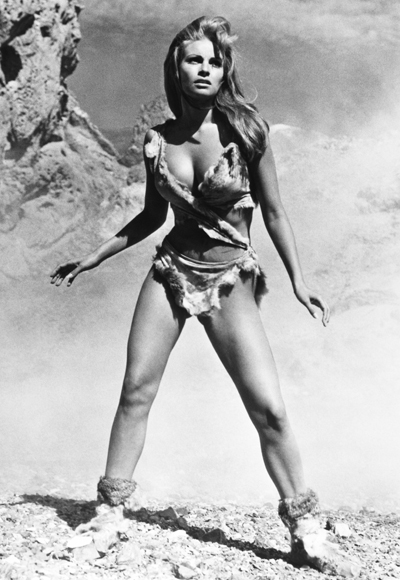 Posted by Booksteve at 1:03 PM