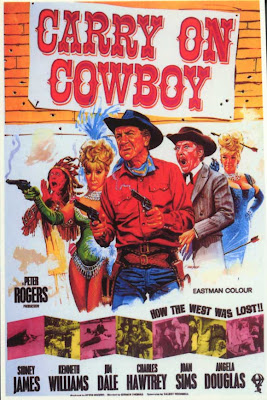 The "Carry On's" were a series of progressively more risque comedy films made in the UK for two decades beginning in the late 1950's. Although each and every film had a different setting, they developed a wonderful ensemble cast, many of whom would appear over and over and were more often than not better than the quality of the material itself.
CARRY ON COWBOY came out in 1966 and is both one of the best and the most unusual entries in the series. Part of the fun is listening to these old music hall and radio veterans attempting and often failing at American accents. 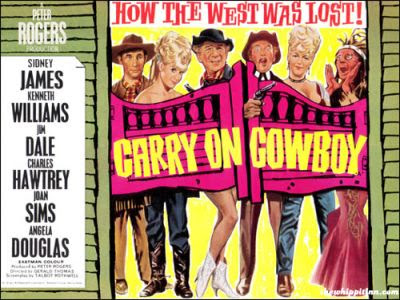 Sid James heads the cast as the Rumpo Kid and series favorites Kenneth Williams, Joan Sims and Charles Hawtrey are hilarious. Future Dr. Who Jon Pertwee, at one time known as the British equivalent to Danny Kaye, also appears as does Jim Dale, in recent years a worldwide favorite of children and adults as the voice of JK Rowling's Harry Potter audio books!
The Carry On series never really caught on in the US and, in fact, many of the pictures weren't even released in this country. For some their silly, low-brow humor is a hard taste to acquire but once you do, you're a fan forever. 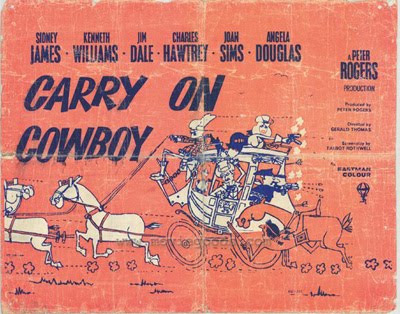 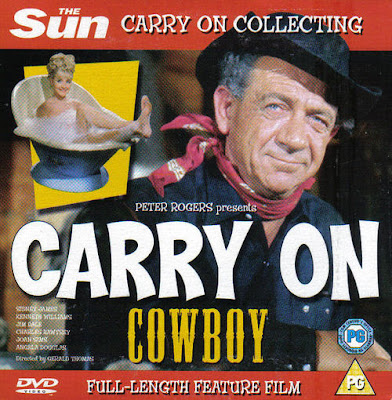 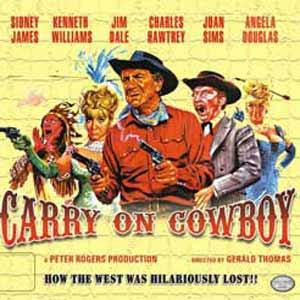 Posted by Booksteve at 7:59 AM