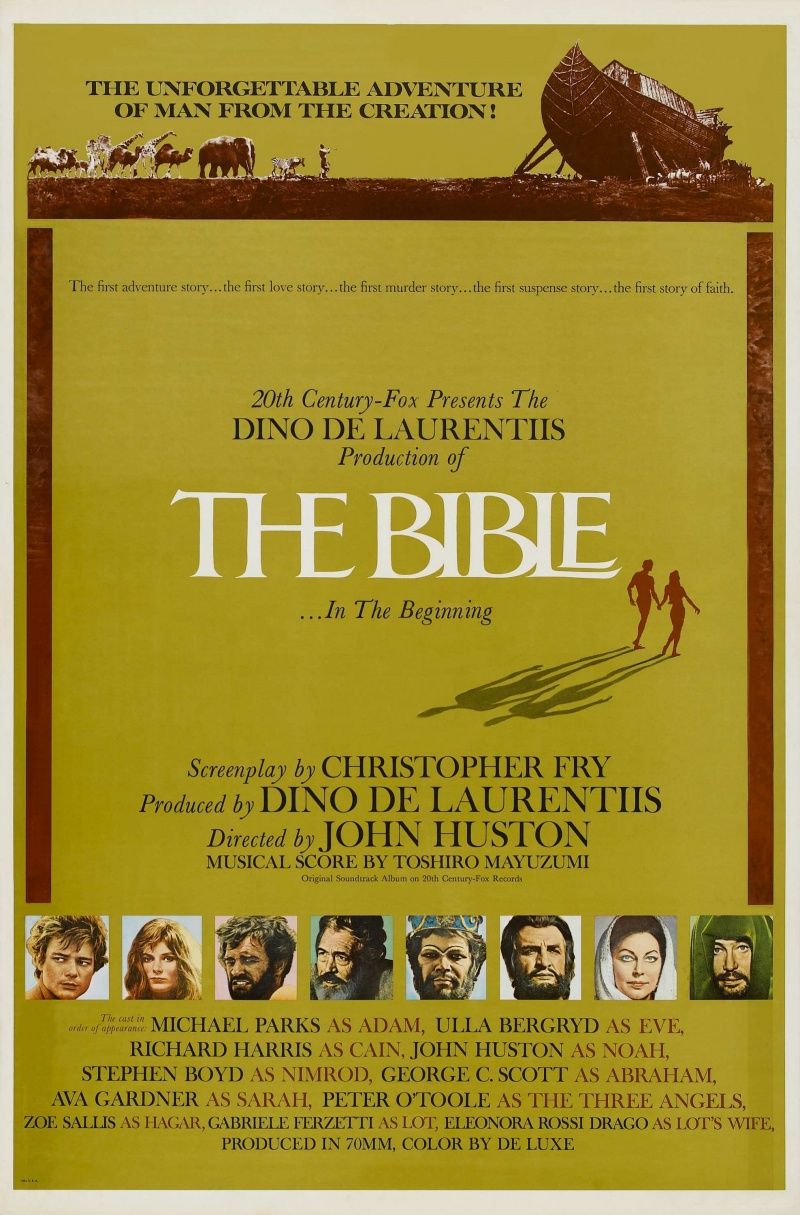 Biblical epics had been huge in the 1950s, topped by the Oscar-winning BEN-HUR at the end of the decade. The 1960s--perhaps due to the failure of the long-in-production CLEOPATRA--was not a decade kind to epics in general. But that didn't stop some big name folks from trying another one with an all-star cast n '66. It was NOT a hit. 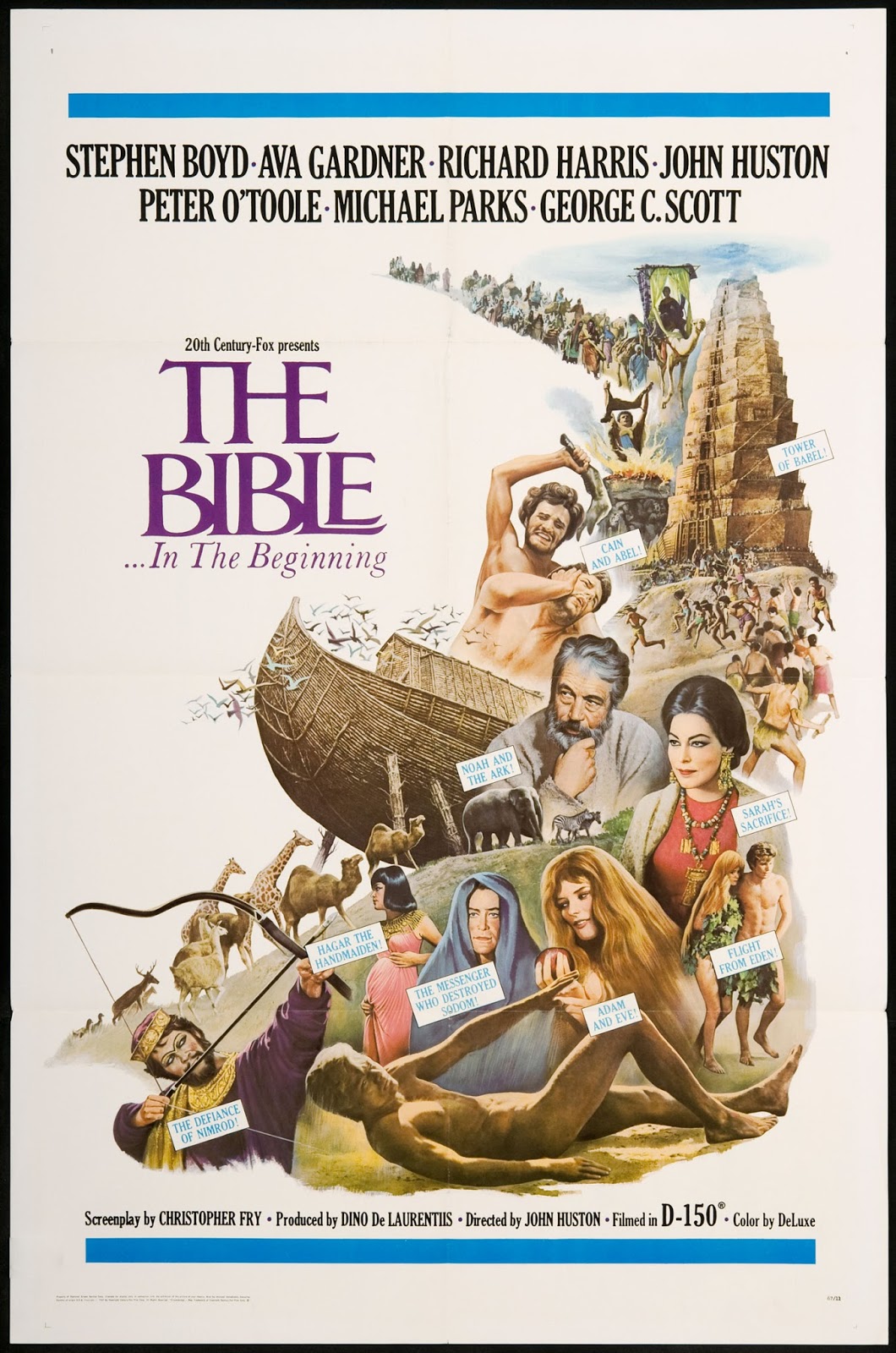 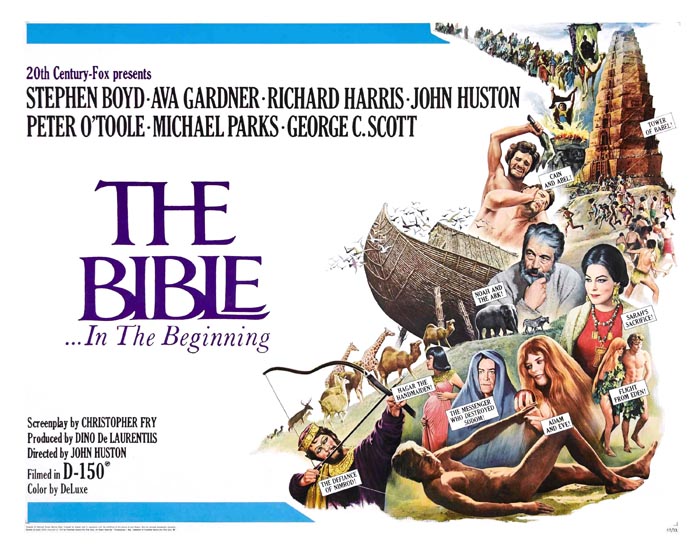 Posted by Booksteve at 6:28 PM No comments: 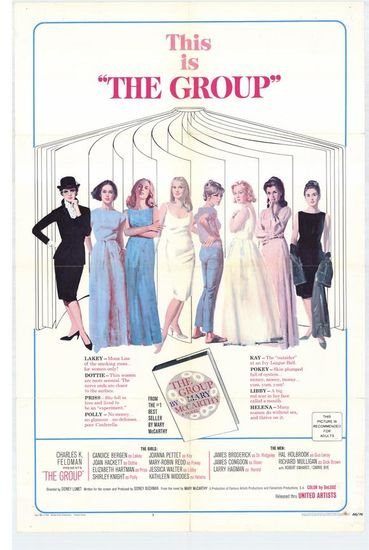 Endlessly parodied for years, THE GROUP was from from director Sidney Lumet who would go on to be an A list director throughout the '70s with such fare as NETWORK, THE WIZ, SERPICO and DOG DAY AFTERNOON.

It was the first acting role for young Candice Bergen and established the cool blonde persona that she was never really able to shake until MURPHY BROWN many years later.

The plot followed a number of women from graduation in the early 1930s through the beginning of the War. 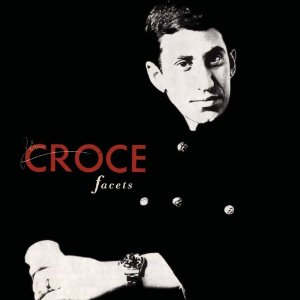 Here we have someone whose 1966 debut album release was barely noticed. It would, in fact, be another few years before Jim Croce made his mark.

Facets is a self-published album by American singer-songwriter Jim Croce, released in 1966. (See 1966 in music). Croce had five hundred copies of the album pressed, financed with a $500 cash wedding gift that he and his wife to be, Ingrid Croce, received from his parents. Croce's parents were certain that when Jim would fail completely at selling the record, and, realizing that couldn't support his family as a singer, he would abandon music and finish his college education. To their surprise, he not only sold every last record but also turned a profit of almost $2500. The majority of those records were sold at Croce's shows. Original vinyl copies of Facetsare extremely rare today; well-preserved copies are known to fetch as much as $1,000 from collectors. Shout! Factory released an expanded two-disc version in 2004.
Posted by Booksteve at 5:42 AM 1 comment: 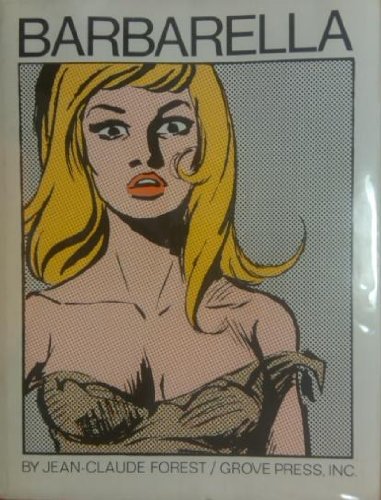 With her French strip debut two years in the past and her pop art big screen portrayal by Jane Fonda still two years in her future, '66 saw sexy space heroine Barbarella's first US appearance in book form in the Grove Press hardcover seen and reviewed here. 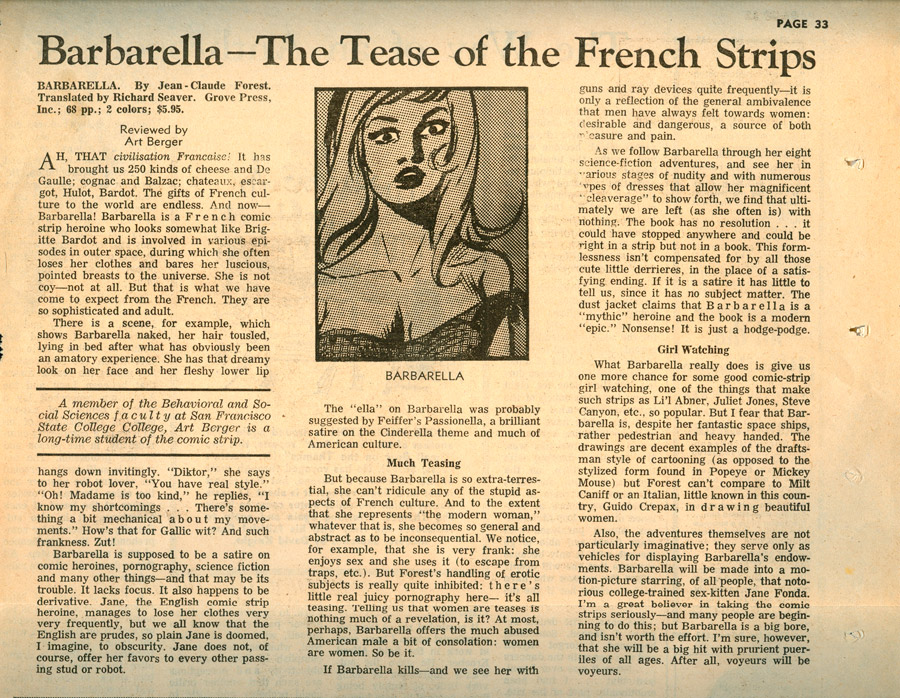 Posted by Booksteve at 7:20 PM No comments: