One of my early favorite TV game shows, EYE GUESS was fronted by professional game show host/panelist Bill Cullen--he of the horribly out of style crew cut. Cullen was a regular panelist on I'VE GOT A SECRET, host of the original THE PRICE IS RIGHT and ended up appearing on dozens of game shows in his lifetime. This one, premiering in '66, was a variation on the popular, long-running CONCENTRATION. We actually had this board game at our house and played it until well up into the seventies. 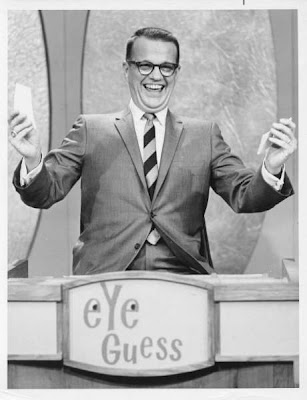 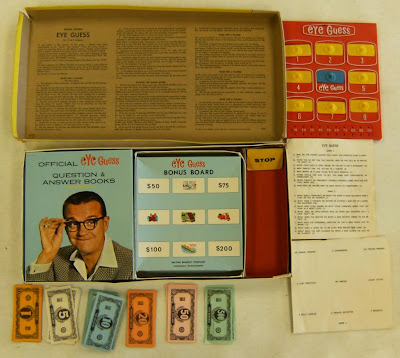 Posted by Booksteve at 9:13 AM