The Return of Captain Marvel 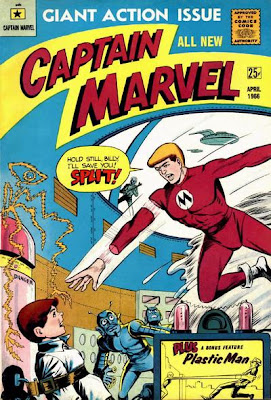 With comic books suddenly being cool again, one enterprising comic book artist decided it seemed the right time to bring back the long gone but once immensely popular Captain Marvel. Not the original, mind you...he made up one of his own. He hired several Golden Age comics creators to write and draw all-new stories of a robot from space who could split his body into multiple parts by yelling, "SPLIT!!" Since they were already ripping off the name, they also ripped off Plastic Man, the Atom, Dr. Fate , Dr. Doom and--visually at least, Batman! The title ran four issues in '66, followed up by two issues of CAPTAIN MARVEL PRESENTS THE TERRIBLE FIVE that ran into 1967. How bad are these comics? To many fans, they're the very definition of "so bad they're good." 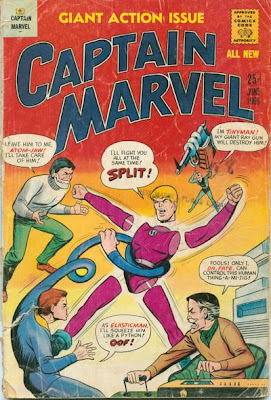 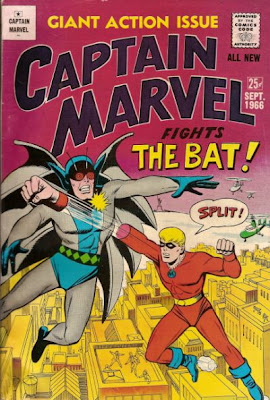 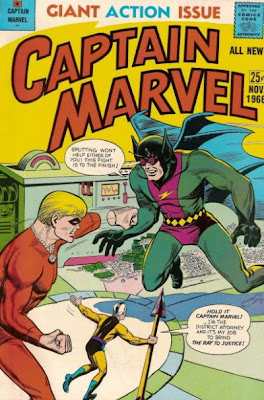 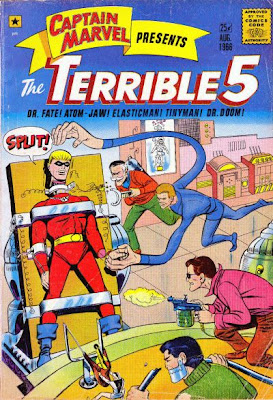 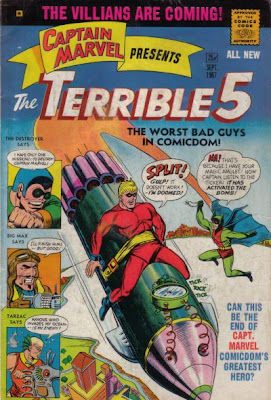 Posted by Booksteve at 8:49 AM