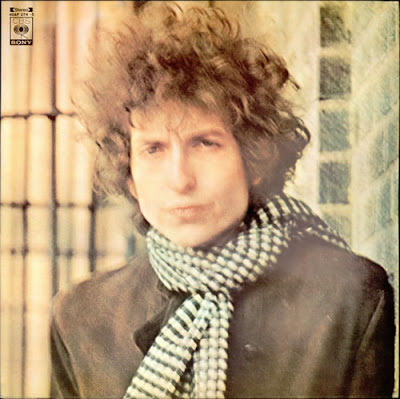 One person for whom 1966 was most definitely an up and down kind of year is Bob Dylan. On the one hand he was fresh off his best received album to date. On the other, he was still being severely chastised in some quarters for his decision to "go electric" the previous year. In 1966, Bob teamed for the first time with Levon and the Hawks, the band soon to be known as...well...The Band! In summer, his double album, BLONDE ON BLONDE came out to widespread critical praise and he was elevated even higher in some quarters by both critics and peers. Not long after that, however, Dylan was involved in a motorcycle accident and his recovery would keep him on the sidelines and out of public view for the next couple of years.
Posted by Booksteve at 10:52 AM