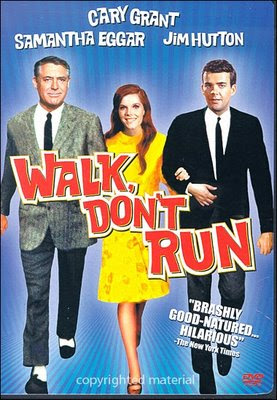 Cary Grant had been a top movie star and romantic leading man for more than three decades but in 1966, he decided to call it quits with a fun comedy entitled WALK, DON'T RUN. The plot deals with the much publicized housing shortage during the Tokyo Olympics of two years earlier and features a still remarkably handsome Grant taking almost a backseat to Jim Hutton and Samantha Eggar. As the film was produced by Grant's own company, this was the legend's way of saying it was time to move aside and leave the girls for the younger guys. Although he would appear in show business related functions and documentaries from time to time, Cary became a businessman and never looked back. He never acted again. Age never dimmed his good looks and he remains a favorite actor today. Cary Grant lived two more decades and passed in 1986. 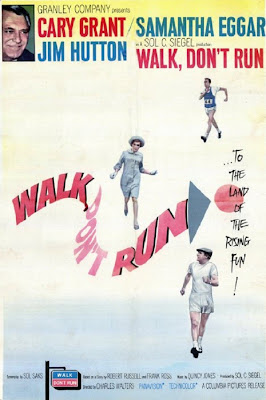 Posted by Booksteve at 3:06 PM