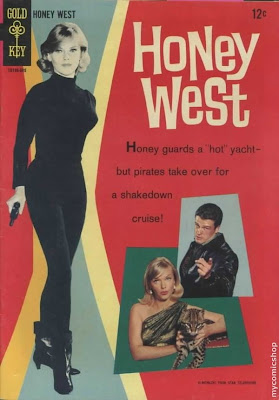 HONEY WEST, TV's "private eye-full," began its single season in 1965 but ran into '66. At once a strong female character and a sexy, butt-kicking babe, star Anne Francis played her as more-or-less the American version of the UK's AVENGERS girls like Cathy Gale and Emma Peel. Teamed with sidekick Sam (played by future PLAYGIRL centerfold John Ericson), Honey, along with her trademark pet ocelot, Bruce, solved clever half-hour mysteries with a trace of non-camp humor. 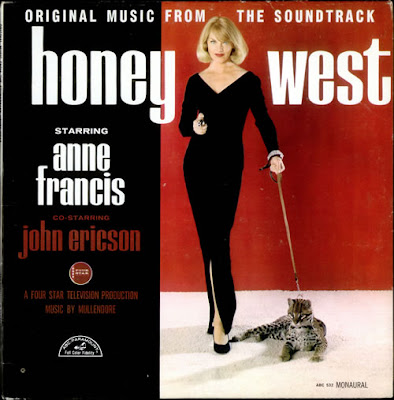 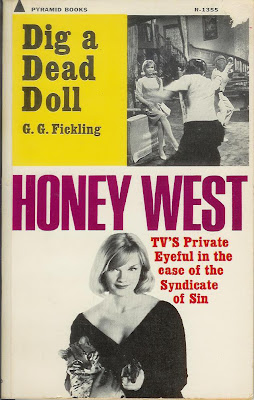 A second season in color would have looked fantastic although the camp element probably would have been upped in the wake of BATMAN. Heavily merchandised and extremely popular in reruns for years, the series has grown in its fans ever since. It's currently revived in a great comic book series, the most recent arc of which is by Elaine lee and Ronn Sutton. A brand new biography, ANNE FRANCIS by author Laura Wagner, is just out, also. 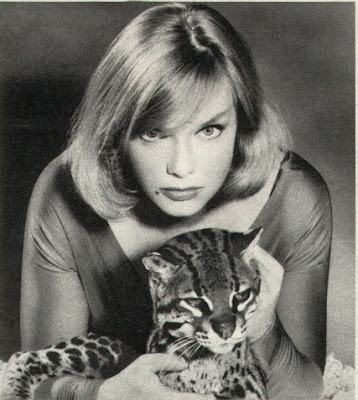 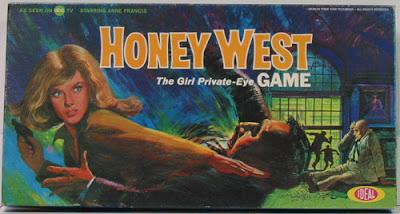 Posted by Booksteve at 8:22 AM