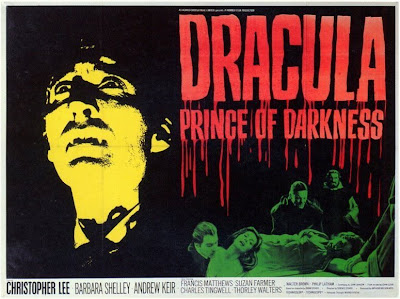 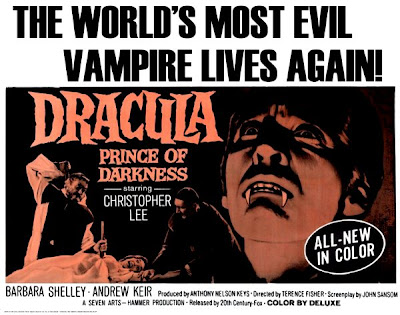 The first time I remember ever seeing or hearing of vampires or Count Dracula was in '66. I begged and begged to see the BATMAN movie that came out after the TV series' first season. My parents didn't want to go but my babysitter--an older woman--didn't mind...even though it was double-featured at the Liberty Theatre with Hammer's DRACULA, PRINCE OF DARKNESS. In those days, you didn't check times. You just went to the movies. If you wandered in in the middle, you simply stayed until it caught up to the point where
you came in. Thus the expression, "I think this is where we came in."
We arrived just a little into the beginning of the Dracula movie. I remember finding it a little slow at first but then enjoying/being scared by the scenes with Christopher Lee's Count. In the end, good, in the form of Father Shandor (who many years later would get his own comics series in the UK), won out with a memorable finish for the monster. It may have been my first horror movie. It was definitely the first time I was exposed to vampires and the first time I ever saw Christopher Lee. 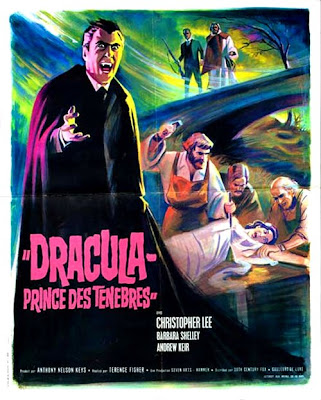 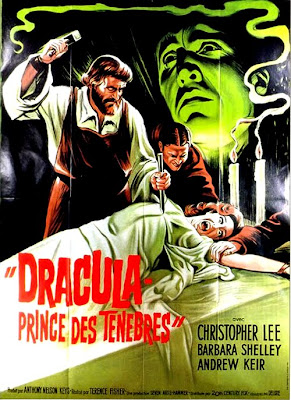 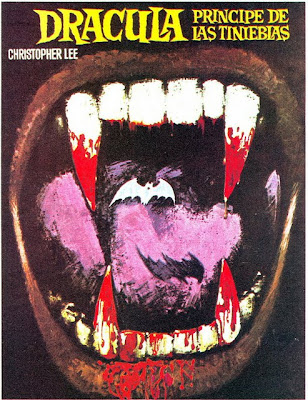 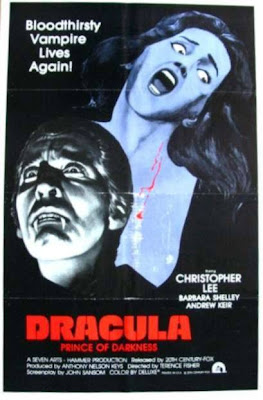 Posted by Booksteve at 5:57 PM