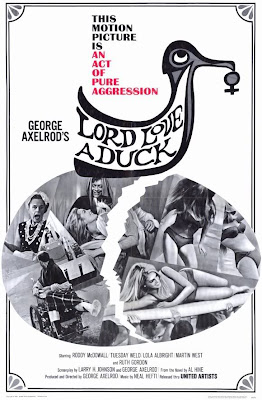 Roddy McDowall became a favorite actor of mine in the PLANET OF THE APES films but long before them he had been a child star in England and Hollywood. Unlike many child stars, he studied his craft, took some time out of the spotlight and was able to come back on Broadway in CAMELOT. In 1966, he gave one of his best performances in George Axelrod's dark comedy with the ridiculous name, LORD LOVE A DUCK. At first a fairly typical teenage film in which young the young star goes out of his way to do absolutely anything to please the sensuous Tuesday Weld, things get further and further out of hand as she becomes more demanding and the viewer realizes that he really isn't quite sane. Ruth Gordon co-stars memorably. 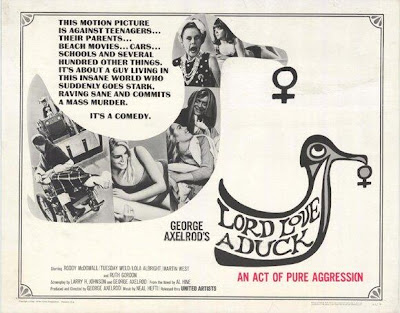