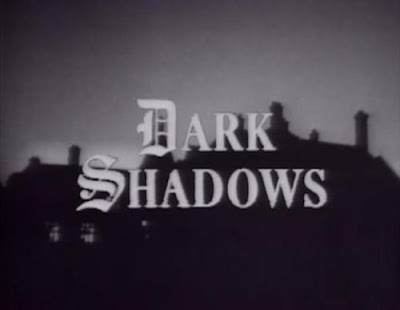 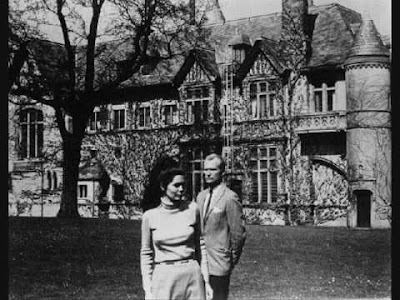 One of the most unusual phenomena amongst kids in the late sixties was the unlikely success of the supernatural daytime soap opera, DARK SHADOWS. Originally bereft of the vampires, werewolves and assorted Lovecraftian monsters that would make it into the cult series it became (and remains to this day), at first it was the story of young Victoria Winters (Alexandra Moltke, later Isles) and her quest to discover her secret past in the gothic surroundings of Collinsport, Maine. When that didn't go so well ratings-wise, vampire Barnabas Collins was introduced a year or so later and suddenly it was like BUFFY THE VAMPIRE SLAYER's "Hellmouth." Ghosts, witches, vamps, werewolves, time travel, Mr Hyde rip-offs and shambling, oozing "Old Ones" all gravitated toward Widow's Hill! And the Nielsen families were right behind them!
DARK SHADOWS, beginning in June of 1966, would run into 1971, accompanied by two feature films, a hit soundtrack LP, a full series remake years later and a currently shooting feature film with Johnny Depp as Barnabas Collins!
Posted by Booksteve at 2:00 PM