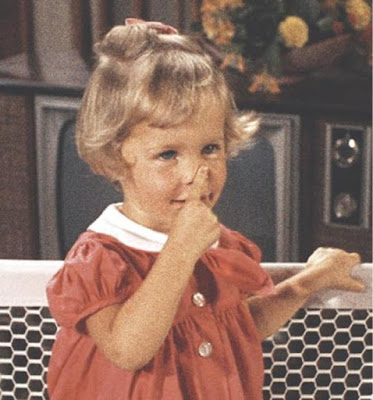 The ABC-TV witch sitcom, BEWITCHED, had begun in the 1964-1965 season and was quite the hit. Halfway through the second season, in January of 1966, Elizabeth Montgomery's character, Samantha Stephens, has a baby whom she and husband Darrin name Tabitha. Tabitha became not only a popular character on the show but also was a hit with merchandisers. She even popularized the Biblical name, Tabitha, also associated historically with witches. Over the next few years there was many a Tabitha born. 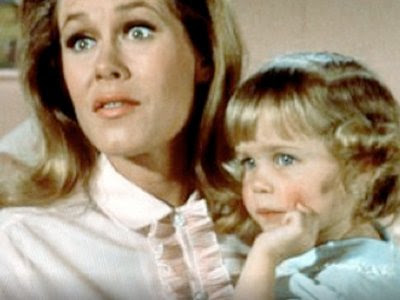 Originally played by twins Erin and Diane Murphy, the character was revived in a post-BEWITCHED TV cartoon and then later in a belated spin-off series starring Lisa Hartman.
Posted by Booksteve at 5:47 PM