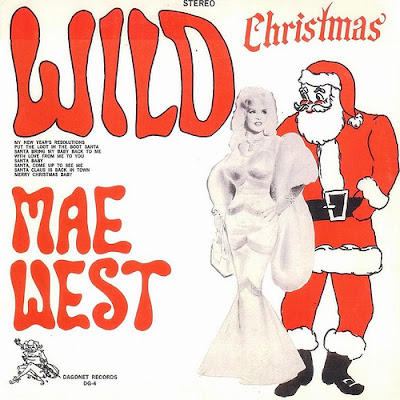 Mae West was all the rage in the 1920's for her too-sexy antics on the Broadway stage! Her pre-code films of the 1930's perpetuated that reputation. In the forties, she was banned on radio for her suggestive delivery alone!
By the sixties, though, the aging sexpot had become a major cult figure and released a couple of albums including this risque holiday themed LP. 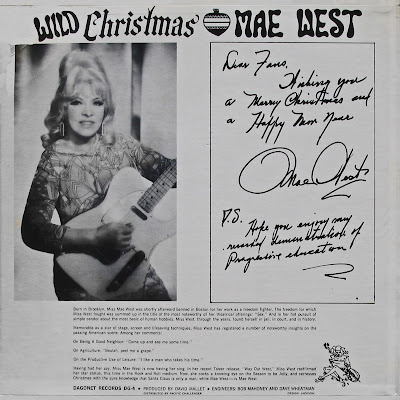 Posted by Booksteve at 7:54 PM