Voyage to the Bottom of the Sea-Gold Key 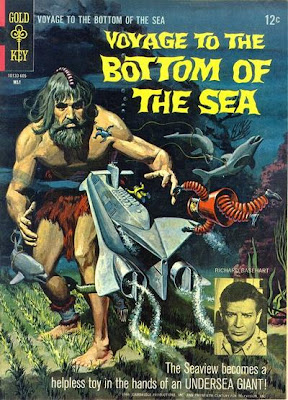 VOYAGE TO THE BOTTOM OF THE SEA was one of my favorite TV series--as were all Irwin Allen series--when I was a kid. Based on a big budget hit film from
earlier in the decade, the weekly 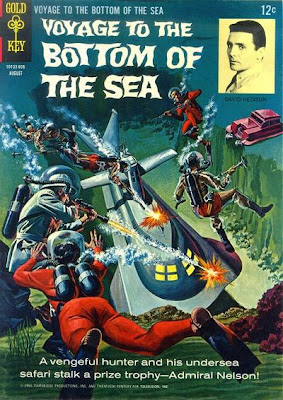 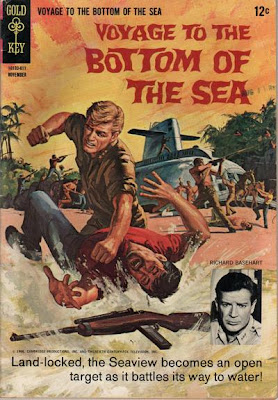 version of the adventures of the Seaview submarine crew starred Richard Basehart, David Hedison and some marvelous
character actors who must have been as typecast as the STAR TREK crew because one rarely saw them in later shows. It was nearing the end of its run in 1966 but would continue in reruns forever...including tonight when it premiered yet again on ME-TV. I'm watching it now. The comic book version came from Gold Key and somehow managed to put out only 16 issues in slightly more than five years, lasting well beyond the life of the series, itself. There were only 3 in '66 and here they are.
Posted by Booksteve at 12:36 AM