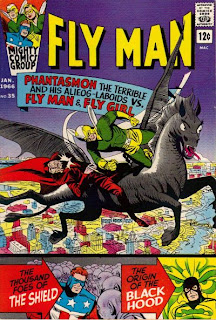 Last week Archie Comics announced what will be, I believe, the 8th or 9th attempt at reviving their 1940's superheroes. Once again modernized and this time digital only! 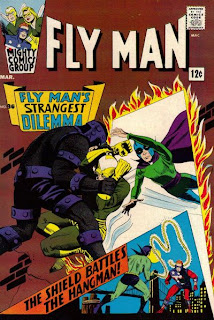 There had been a couple of stillborn attempts over the past couple of decades as well as some monor appearances in Archie stories, PSA's and single page origin features in the various Digests. 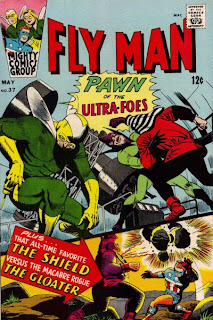 DC licensed the characters for their Impact line and then changed them beyond all recogniton. Some of it wasn't bad but it wasn't the same...literally. 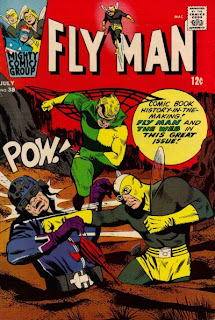 More recently, DC tried again, this time offering up art that promised to literally incorporate the classic versions of the characters into the mainstream DCU but then once again starting from scratch and goiung for the ultra-violent, grim and gritty appoach. THAT didn't set well with most fans. 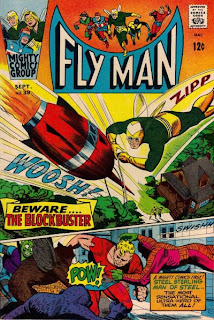 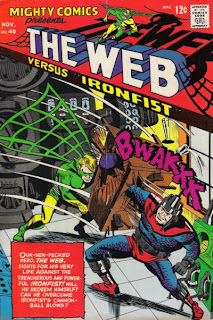 Back in the eighties boom, there was a real ambitious reboot headed up by Rich Buckler initially with artists like Steranko and Ditko involved. Behind the scenes creative differences and alleged corporate backstabbing led to that promising effort falling apart far too soon. 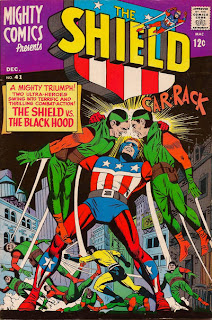 So te only revival that could be said to be a but of a success...the one that CREATED the nostalgia that still draws people to these characters...was the sixties revival. 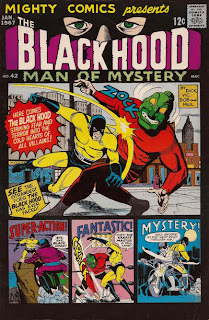 Simon and Kirby created THE FLY in 1959 and his title ran under the radar for several years before becoming FLY MAN and headlining a full-scale revival of the 1940's MLJ heroes as first guest stars in his title, then in their own well-remembered title, THE MIGHTY CRUSADERS, and then finally giving up his own title to become MIGHTY COMICS PRESENTS! Here are the issues from '66 spotlighting, along with FLY MAN, STEEL STERLING, THE WEB, THE BLACK HOOD, THE HANGMAn, THE WIZARD (these last two villains in the revival!) and THE SHIELD (or rather his son). These were by no means GOOD comics...but they were FUN comics. The multiple revivals were not. The jury, of course, is still out on this new version.
Posted by Booksteve at 10:20 PM