The plot deals with a Soviet sub that runs aground off the New England coast causing the locals to think they're being invaded. It was written by Nathaniel Benchley whose father had been a brilliant humorist and whose son went on to write JAWS...which wasn't very funny.

The real draw was the cast. headed by the already legendary Carl Reiner and the just starting out in films Alan Arkin.

Norman Jewison who went on to direct THE THOMAS CROWN AFFAIR, IN THE HEAT OF THE NIGHT and JESUS CHRIST SUPERSTAR, amongst many others, directed. 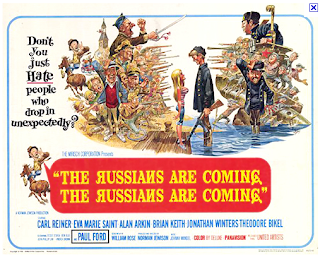 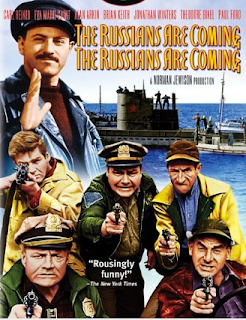 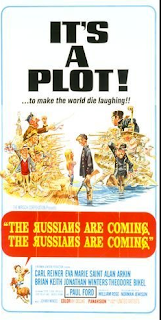 Posted by Booksteve at 8:50 AM