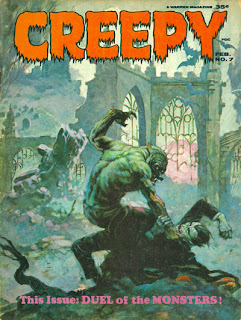 The great horror comics boom of the 1950's ended in mid-decade when public sentiment and the Comics Code literally drove most of the companies that were producing them out of business. Both the pulpy, bloody violence of the worst offenders as well as the lush, literate and now-classic EC Comics vanished overnight. By the end of the decade, there were already half-hearted efforts at recreating them for a more adult market. It wasn't until James Warren's CREEPY came along a full decade after the Code that a successful black and white horror comic for adults (even though kids bought them, too) came along. CREEPY brought together many of the old EC artists and recaptured the light-hearted feel of the originals, all captured under a succession of amazing pained covers. In 1966, with the exception of one by Dan Adkins, all of CREEPY's covers were from Gray Morrow or the legendary (even then) Frank Frazetta! 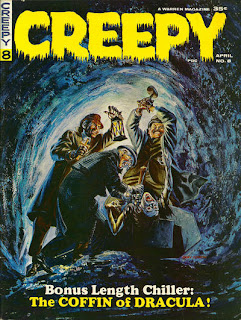 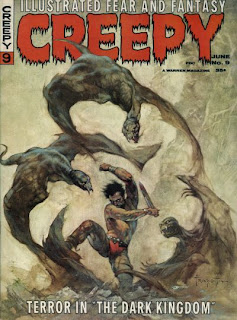 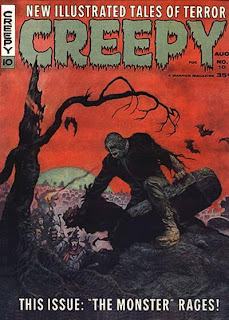 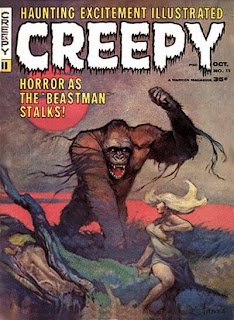 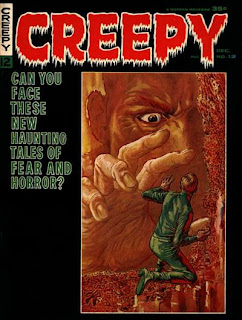 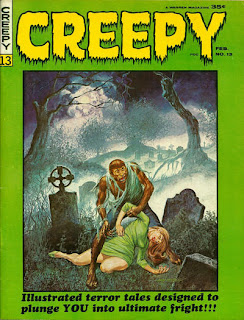 Posted by Booksteve at 8:06 PM