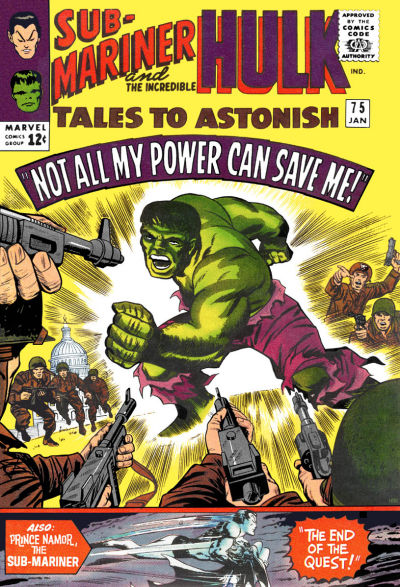 One of the earliest Marvel comics I remember buying was the October, 1966 issue of TALES TO ASTONISH. At the time, for reasons too complicated to get into for our purposes, Marvel was limited as to how many magazines the company could put out. Thus, several of their mags were split between two features. This one had the Hulk and the Sub-Mariner and alternated each on the cover. Oddly, during this period, Ol' Greenskin's stories were generally illustrated by Bill Everett, who created Namor, star of the co-feature! The issue I started with had an odd crossover between the two features as both characters ended up inside the same movie theater at the same moment. The scene is depicted from the Sub-Mariner's point of view in his story and the Hulk's in his. 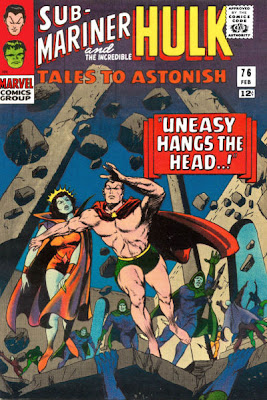 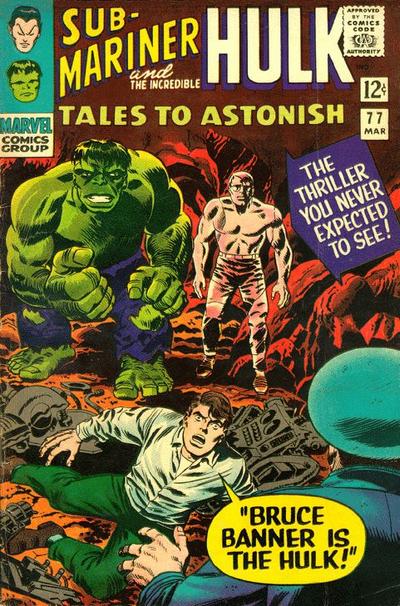 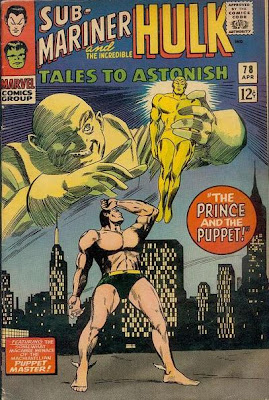 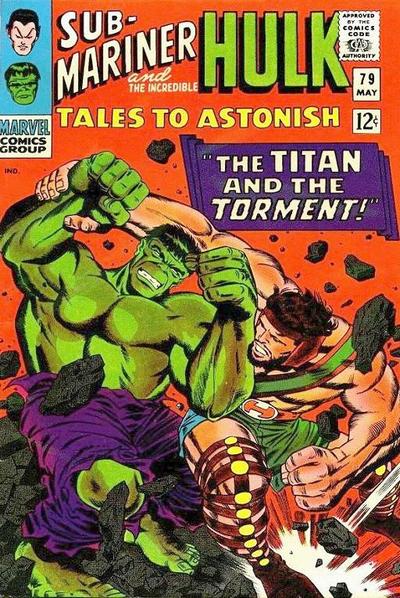 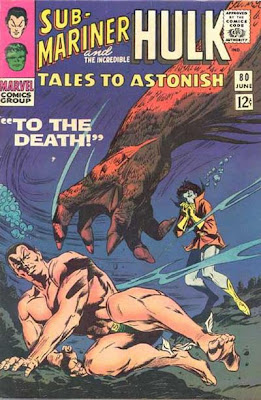 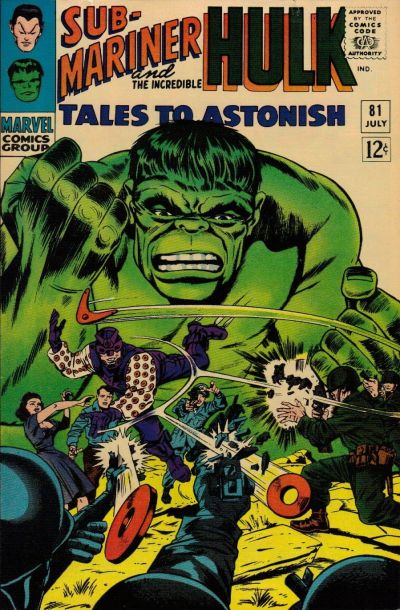 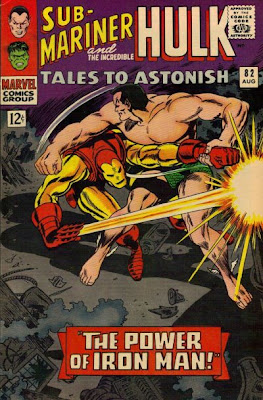 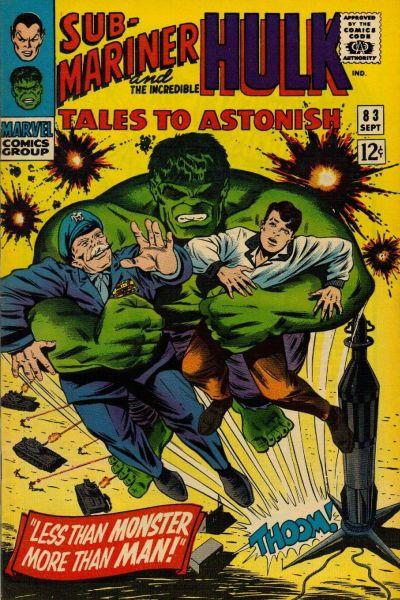 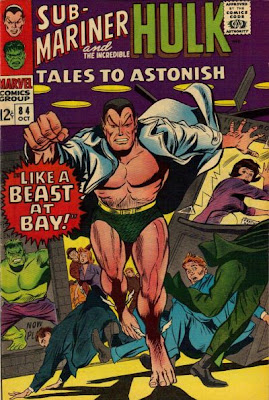 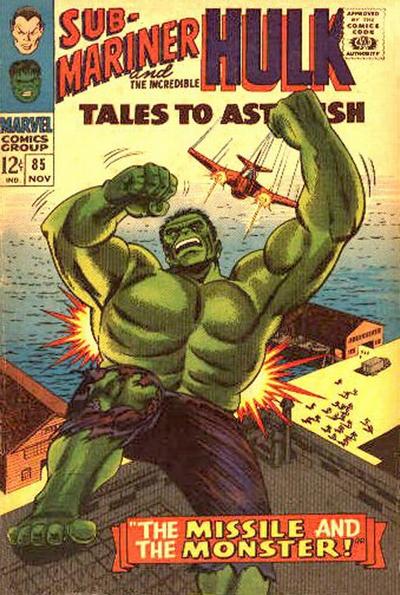 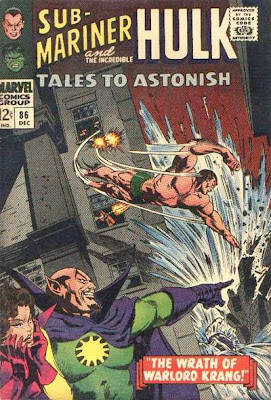 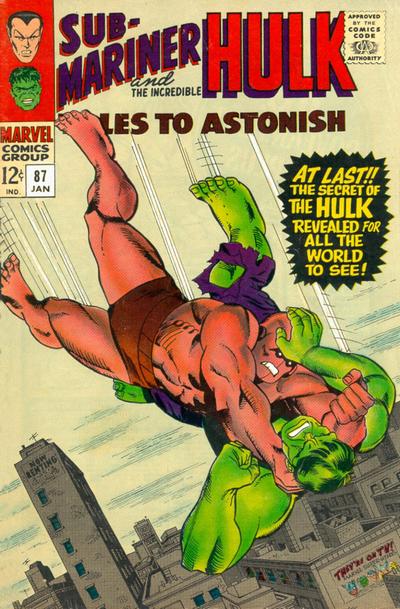 Posted by Booksteve at 4:05 PM