Ghost in the Invisible Bikini 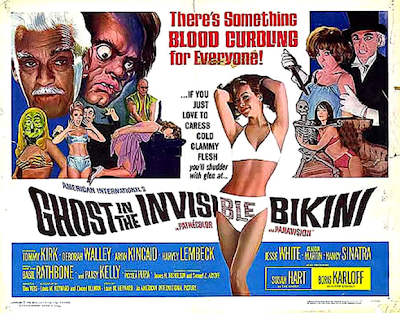 The beach movie genre was winding down by this point and the second string stars like Tommy Kirk, Deborah Walley and Aaron Kincaid starred in this late, horror-themed comedy entry from '66. Like most of the earlier films, however, there were old-timey stars to keep the parents interested, also, and in this case, those included the great Boris Karloff, the classic Sherlock Holmes actor Basil Rathbone and Hal Roach comedienne Patsy Kelly. Nancy Sinatra also made an early appearance here on the eve of her becoming a sixties icon. 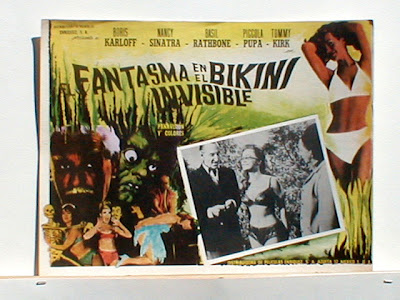 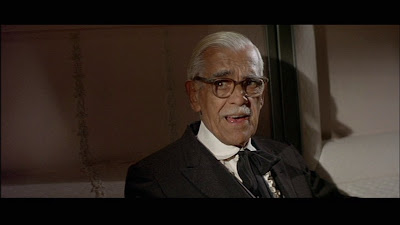 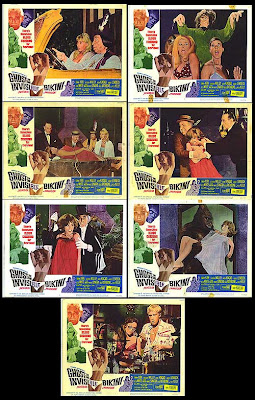 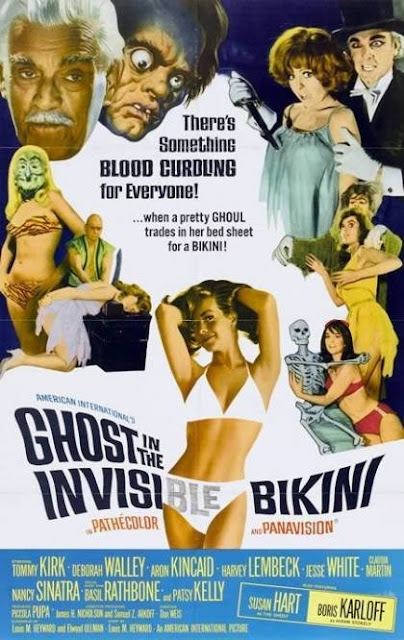 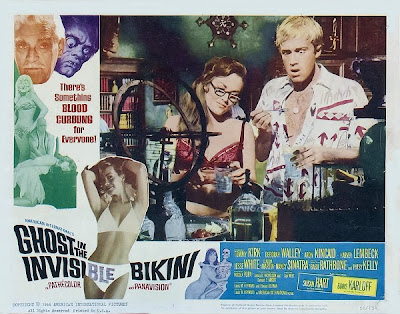