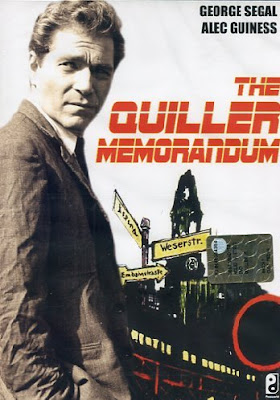 THE QUILLER MEMORANDUM was not just another 007 cash-in spy movie. No, this was modern old school espionage at its finest. A smart script by playwright Harold Pinter from a bestselling novel, a memorably unusual music score by John Barry and a cast toplined by the amiable leading man George Segal, backed up with some amazing A-list players including George Sanders, Alec Guinness and Max Von Sydow. The lovely Senta Berger who alternated between major films and things like WHEN WOMEN HAD TAILS is the female lead and, again, not your typical Bond girl.
The plot may now seem cliche as its been done in comic books and low-budget exploitation films for years but in '66 it was still a very real concern---the rise of a new form of Nazism in West Germany.
In these days of appealing to the lowest common denominator, THE QUILLER MEMORANDUM, like the previous year's THE SPY WHO CAME IN FROM THE COLD,  seems almost too smart for the room but, for the spy aficionado, it's a more than worthwhile trip.
Judge for yourself for free on HULU--- http://www.hulu.com/watch/314713/the-quiller-memorandum 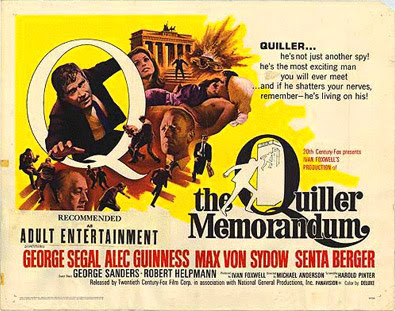 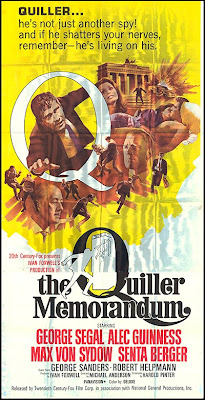 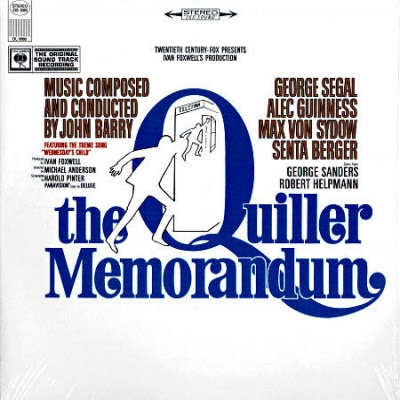 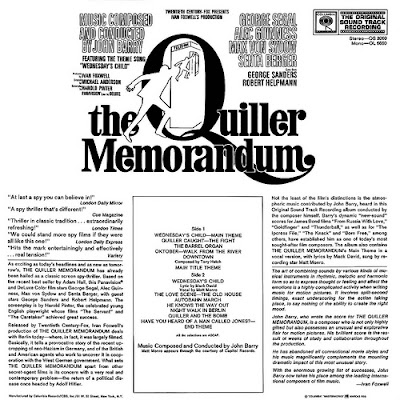 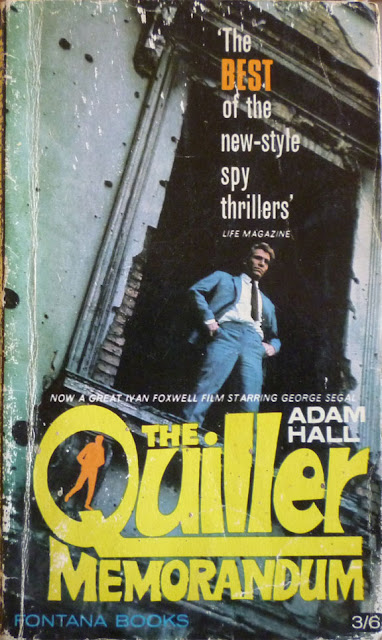 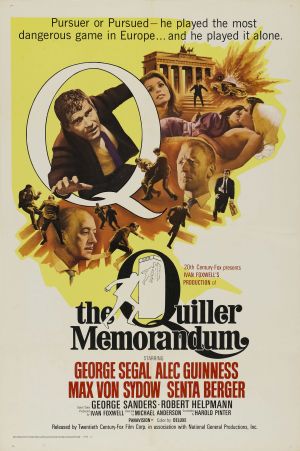 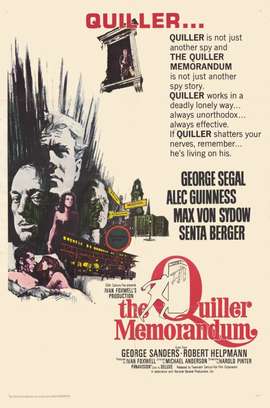 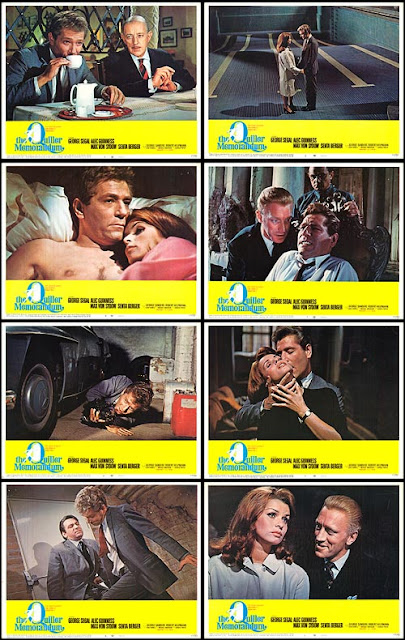 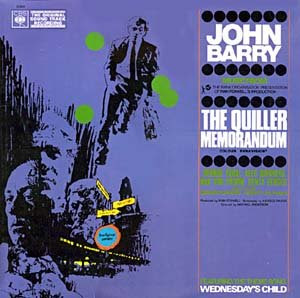 Posted by Booksteve at 1:05 AM