A Man For All Seasons 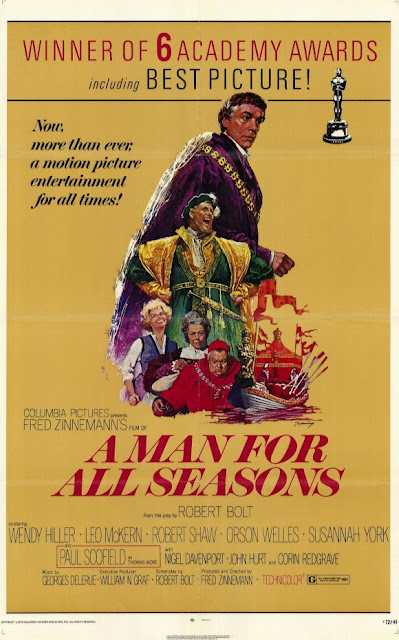 Probably THE classiest film of '66, this stage-derived historical drama gave Paul Scofield his defining role onscreen as Sir Thomas More and provided early proof that actor/playwright Robert Shaw was more than just the big, silent bad guy in FROM RUSSIA WITH LOVE. The stellar cast also included a very early appearance by John Hurt who would forever become known for an alien bursting through his chest. In spite of being rather dull and talky, the brilliantly acted A MAN FOR ALL SEASONS, from the director who also brought you HIGH NOON and FROM HERE TO ETERNITY, would go on to win 6 Oscars as well as many other awards. 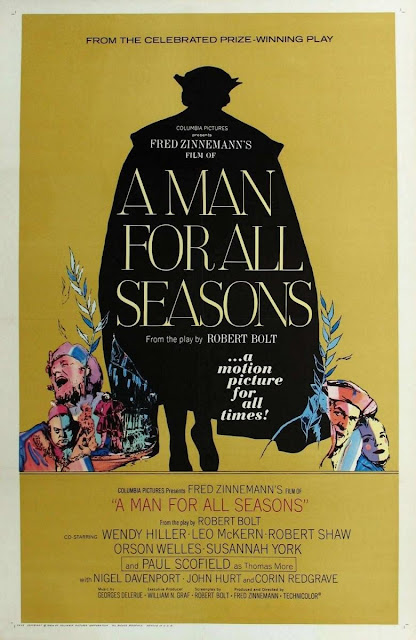