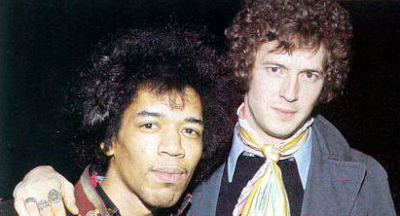 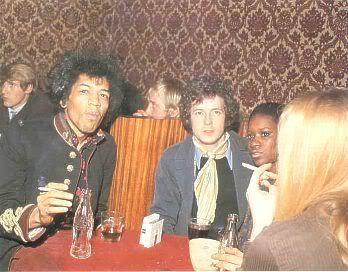 Here we have two young gentlemen who were destined to be fondly remembered in future years, here just two friends out for dinner in 1966. Oh, the man on the right was already feeling the pressures of being labeled "God" in graffiti all over London. The other gentleman, not yet so well-known, was already carrying himself like the charismatic star he was about to become after his upcoming tour with the Monkees. Both men had ahead of them heroin and hard times--even death in the case of Jimi Hendrix. But Eric Clapton and Hendrix were and remain two of the most legendary, influential and respected blues and rock guitar players in music history. Just two friends...who became legends.
Posted by Booksteve at 5:48 PM