War of the Gargantuas 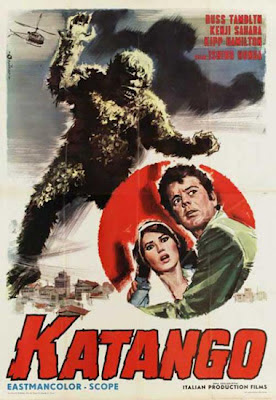 American actor Russ Tamblyn (later of TWIN PEAKS fame) stars in this Toho production that...Aw, who are we kidding? WAR OF THE GARGANTUAS stars two guys in big, hairy monster suits wrestling on tiny sets for about 90 minutes. 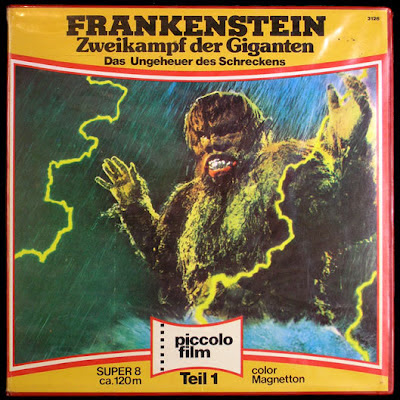 Technically the sequel to the earlier FRANKENSTEIN CONQUERS THE WORLD, the story deals with two overgrown brothers, one raised in captivity and one in the wild. They fight. Seriously, that's really kind of all you need to know. You either like this type of film or you don't. 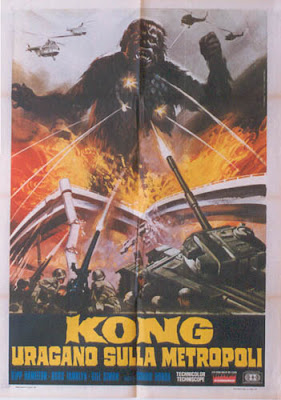 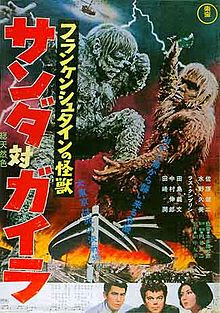 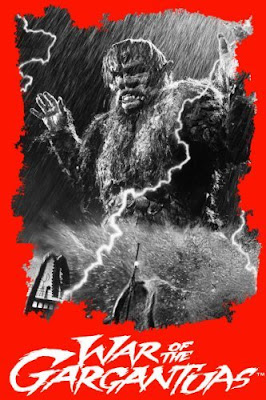 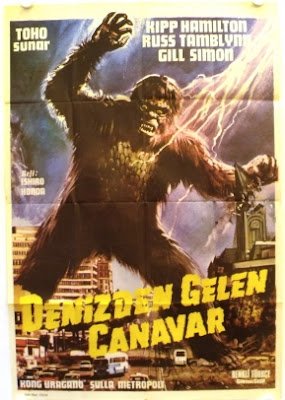 I didn't see this movie in 1966 but rather a full eight years later on a double bill re-release with MONSTER ZERO, starring Godzilla and Ghidrah the Three Headed Monster. 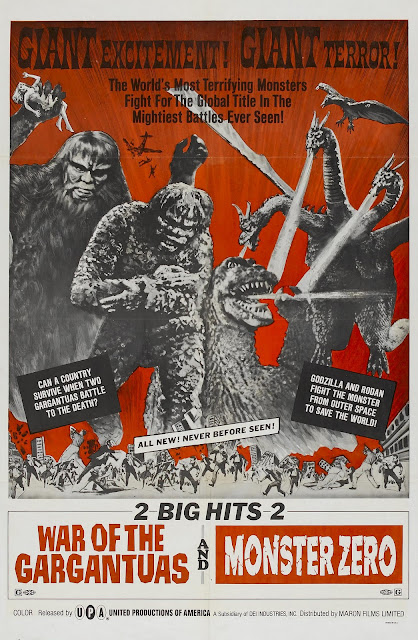 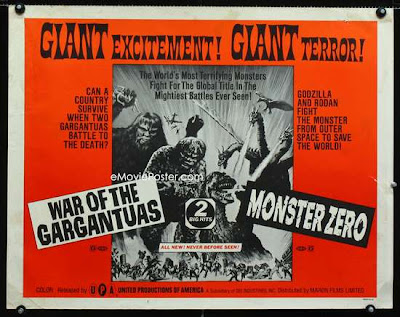 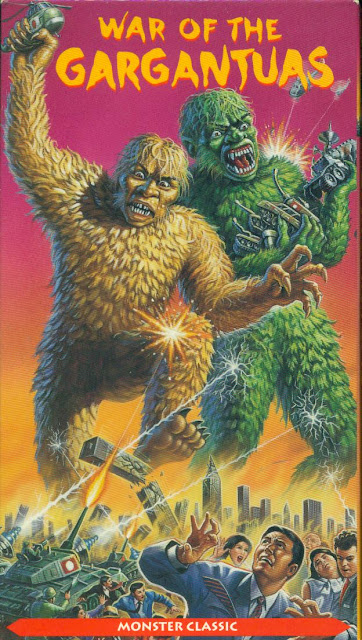 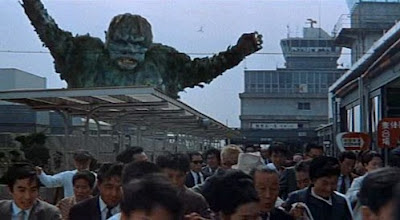 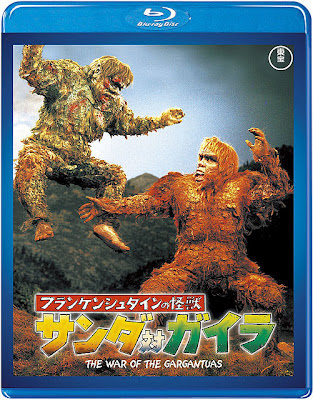 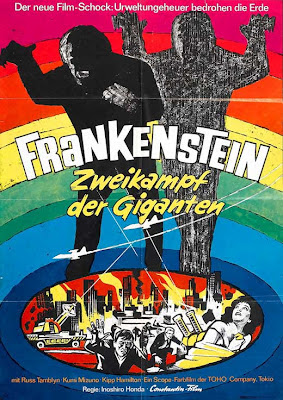 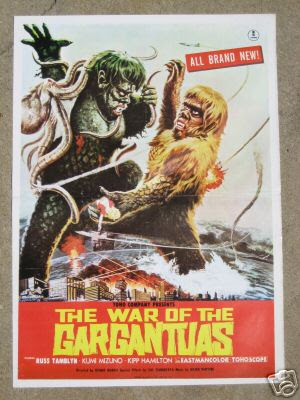 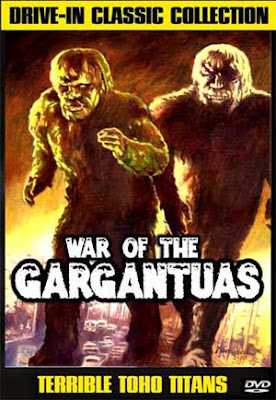 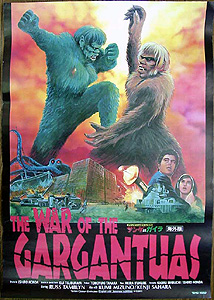 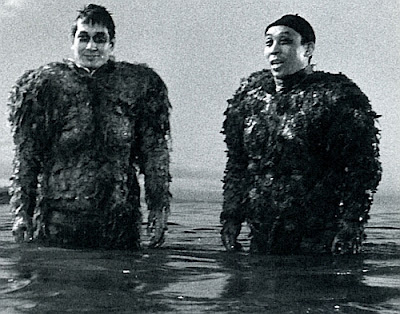 Posted by Booksteve at 5:50 AM