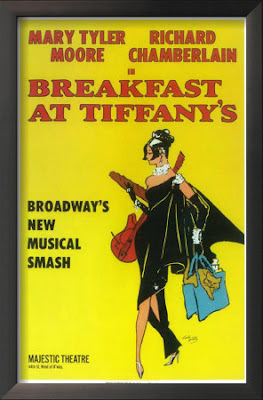 Okay, this one was not a hit at all. In fact, it was a flop so legendary as to be still talked about by theater buffs all these years later.

It seemed like a good idea, I suppose. A musical version of BREAKFAST AT TIFFANY'S entitled HOLLY GOLIGHTLY, produced by David Merrick from a book by Edward Albee with songs from Bob Merrill and choreography by Michael Kidd and Tony Mordente. Stars were Mary Tyler Moore and Richard Chamberlain, both hot off of hit, long-running TV series, with future film star Sally Kellerman and Broadway favorite Larry Kert also in the cast. 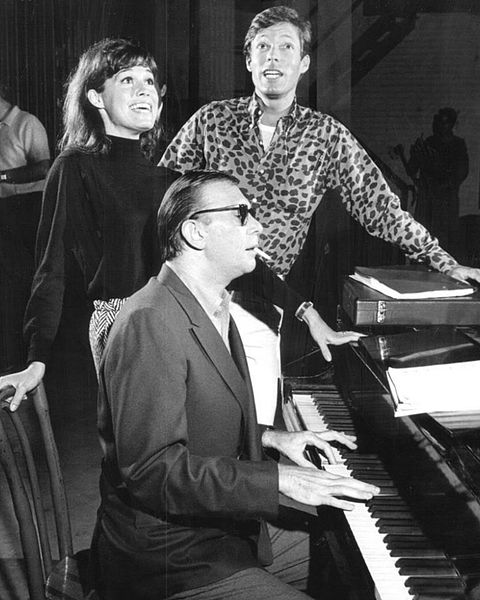 So what went wrong? In spite of a name change back to Truman Capote's original title, pretty much everything behind the scenes, much of it reflected in long, dull proceedings on stage, too. In fact. when Merrick shut down the production after four performances, he cited how boring it was.
Posted by Booksteve at 12:30 AM