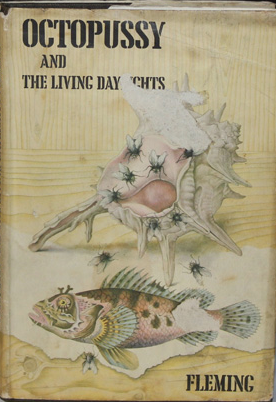 James Bond author and creator Ian Fleming died in August of 1964, leaving behind not only the well-known 007 novels but also a handful of short stories. In the summer of '66 those final short stories were collected in OCTOPUSSY AND THE LIVING DAYLIGHTS, posthumously published to some success as there was no new Bond film that year. 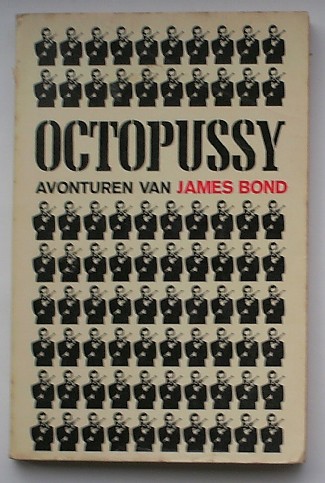 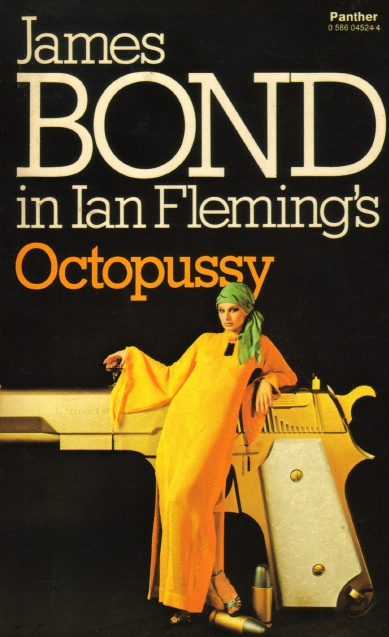 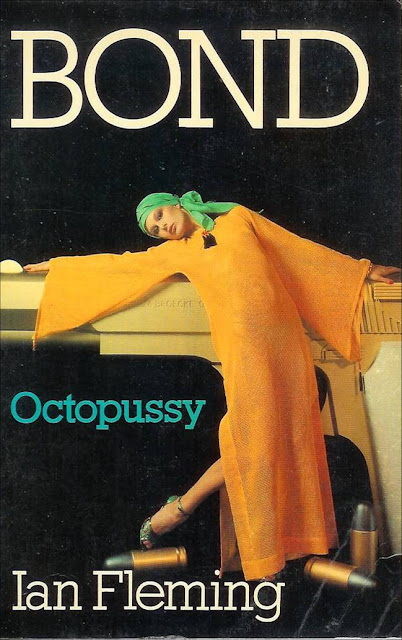 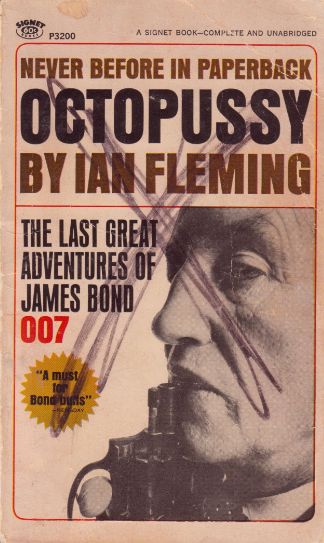 The above was the version I bought for a dime in 1972. 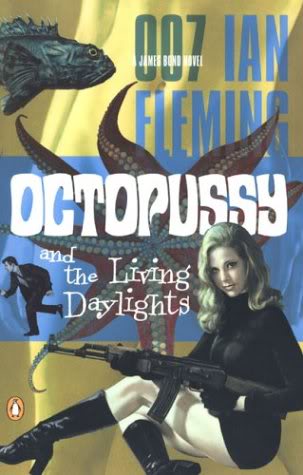 Posted by Booksteve at 3:10 PM