The Mamas and the Papas Debut 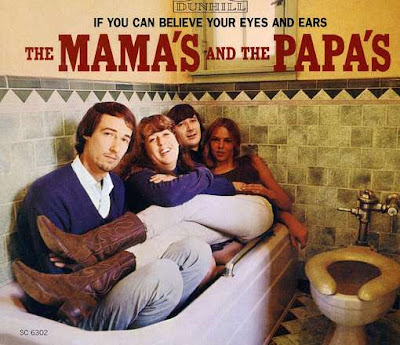 Another group introduced for the first time in '66 was The Mamas and the Papas. Made up of members from various folk music groups (as famously chronicled in their autobiographical song, CREEQUE ALLEY), the public immediately took to John, Denny, Michelle and perhaps especially Cass, a woman whose singing voice was one of the best of the sixties. They would go on to be a major force behind the Monterey Pop Festival. Here's that debut album, controversial in that it depicted a toilet so that was covered up. Still not happy, the black-bordered version below was issued later by the record company! 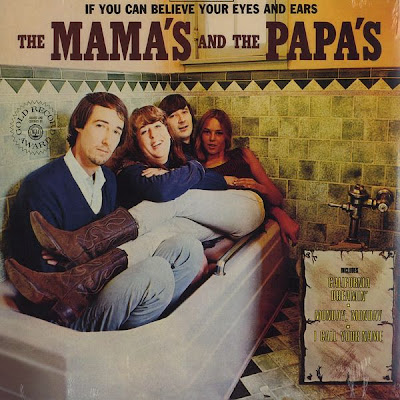 Posted by Booksteve at 6:04 AM