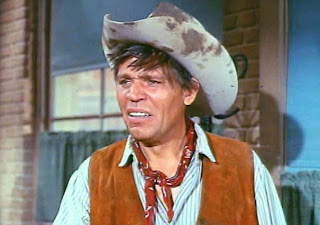 Watching a marathon of LAREDO On cable this morning. LAREDO premiered on TV in 1965 and ran into 1967 so it was on all trough '66. It was a good, colorful western, spun off from THE VIRGINIAN, but it had a light-hearted feel to its characters. Stars were Peter Brown (formerly of LAWMAN), William Smith (later of scores of exploitation films and biker movies) and, stealing the show every episode. Neville Brand. Brand, like Audie Murphy, was a highly decorated World War II hero who became a cowboy star. Unlike the baby-faced Murphy, however, Brand was an ugly cuss but he could do comedy or menace equally well and here his comedy highlighted  spirited performances every episode. 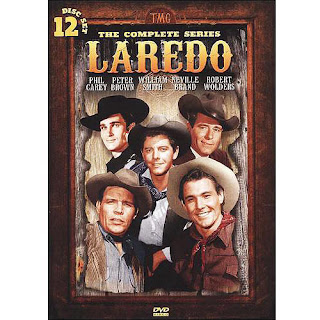 Posted by Booksteve at 9:01 AM