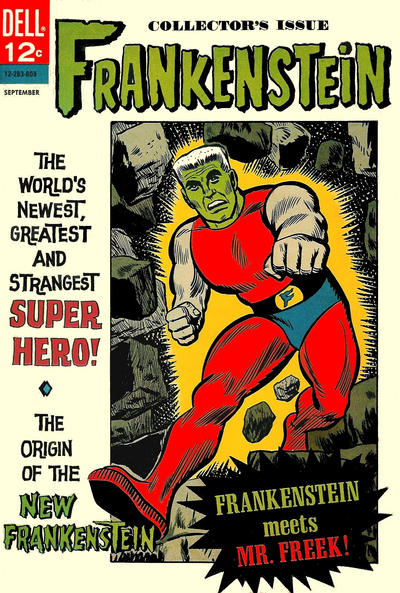 Dell Comics chose never to subscribe to the Comics Code Authority so they weren't bound by the specific restrictions that stated:  Scenes dealing with, or instruments associated with walking dead, torture, vampires and vampirism, ghouls, cannibalism and werewolfism are prohibited. 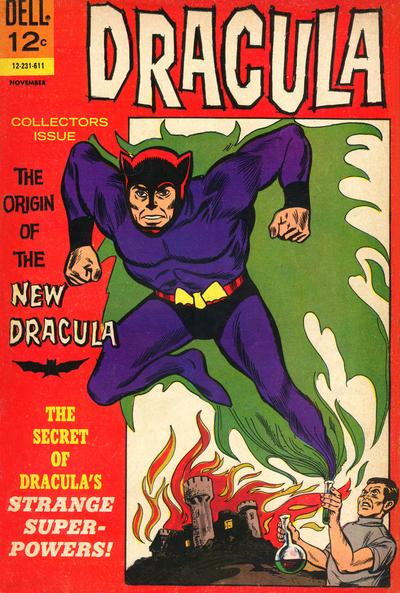 In 1966, after a brief flirtation with more classic monsters a year or two earlier, Dell launched Frankenstein, Dracula and "Werewolf" as superheroes! All of the titles were short-lived and DRACULA was revived in reprint just a few years later for another failed try at success. They aren't great comics by anyone's definition but they offer much fun and nostalgia to anyone who appreciates a comic book that's so bad it's good.
Posted by Booksteve at 12:41 AM