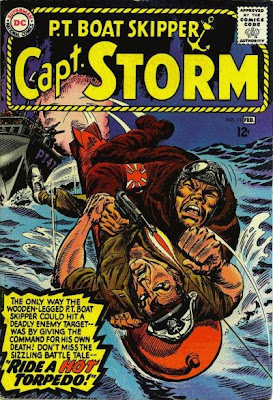 Even as opposition to the war in Viet Nam was on the rise, DC Comics' war titles continued to offer some of the best non-superhero stories and art in comics, albeit set in WWII, mostly thanks to Robert Kanigher and Joe Kubert. CAPT. STORM, here, the wooden-legged PT boat skipper, was generally drawn by Irv Novick who had started out at MLJ back in the thirties and would go on to some renown for Batman and the Flash. As you can see, the Captain tended to go mano-a-mano with the Japanese enemy...a lot. 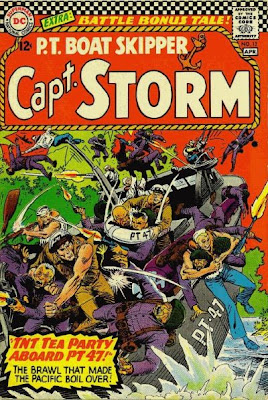 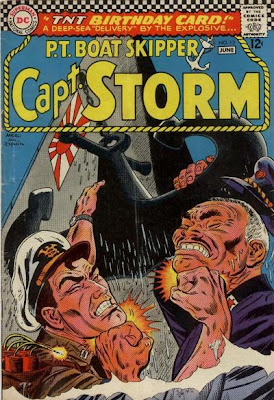 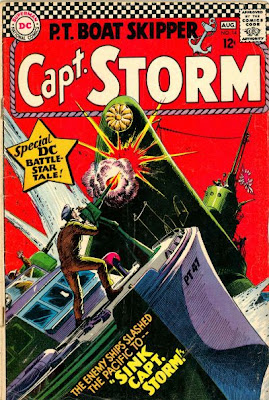 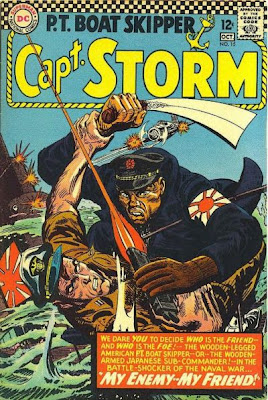 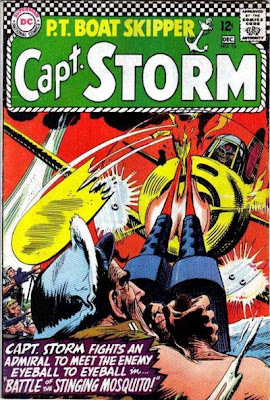 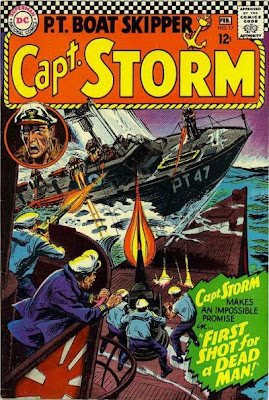