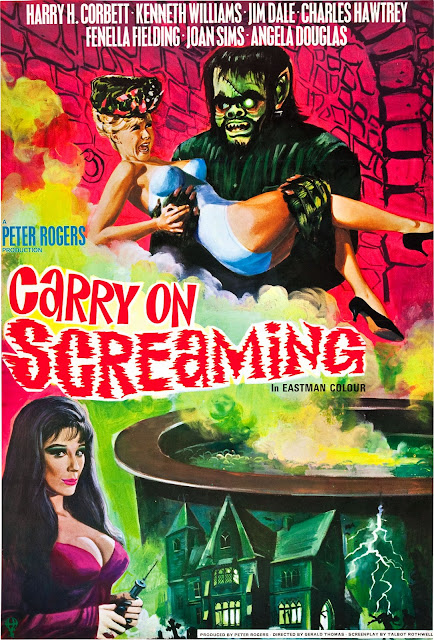 The other CARRY ON film of 1966 (besides CARRY ON COWBOY which we already spotlighted here), CARRY ON SCREAMING remains a popular entry into that long-running series. It starred Harry H. Corbett in what would most likely have been the Sid James role but with regulars Charles Hawtrey, Kenneth Williams, Jim Dale and Joan Sims, there was no question this was a CARRY ON film. 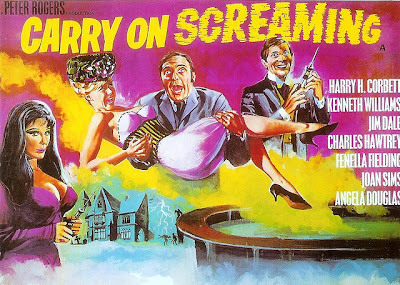 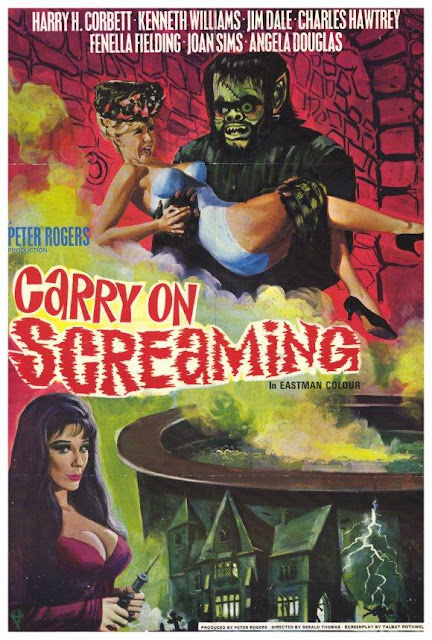 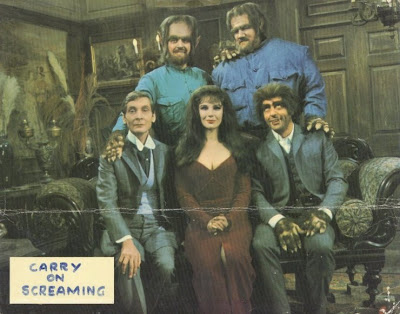