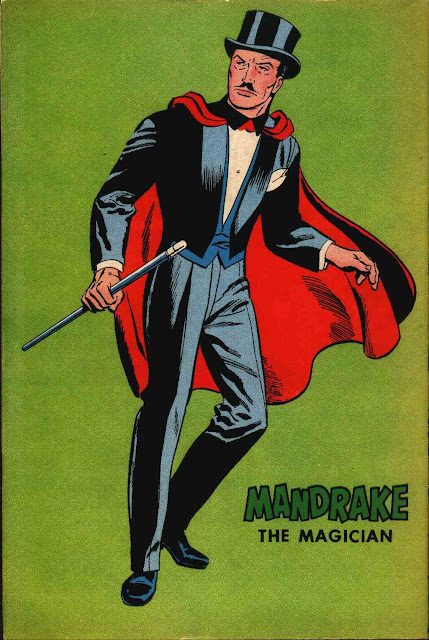 Although he was the prototype for a number of top-hatted comic book magicians, Mandrake the Magician's best success came from his long-running newspaper strip. He never really caught on in comic books--at least in the US market. In 1966, however, his syndicate, King Features, started a short-lived run at publishing their own comic books. The first three issues of MANDRAKE THE MAGICIAN came out in '66 and are seen here. 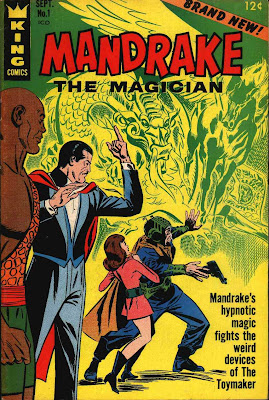 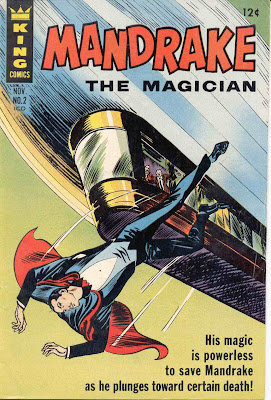 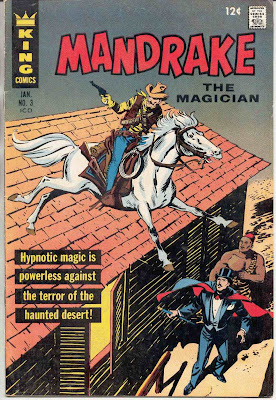 The series would feature other King properties such as Rip Kirby and Brick Bradford as back-up stories.
Posted by Booksteve at 10:16 AM