The Christmas That Almost Wasn't 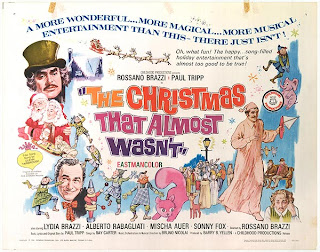 When I was a kid, THE CHRISTMAS THAT ALMOST WASN'T was an annual affair for several years, generally playing only at the dreaded kiddie matinees where every seat was filled--or should have been--with running, jumping, screaming, throwing kicking, hair-pulling 9 year olds. Thus one would often have to sit through the picture twice in order to have an idea what it was all about. And this was one we wanted to get as much of as we could. It's a marvelous, enjoyable and almost original Christmas tale from the unlikely combination of Director/Star Rosanno Brazzi (SOUTH PACIFIC) and TV's Mr. I. Magination, Paul Tripp, who wrote it and co-stars. The memorable theme song was sung by former Limeliters lead singer Glenn Yarbrough. Brazzi plays a Grinchy character named Prune who tries to stop Christmas from coming. Ironically, 28 years later the actor himself died on Christmas Eve. 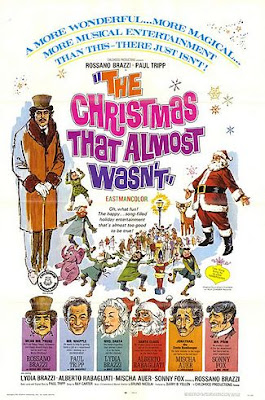 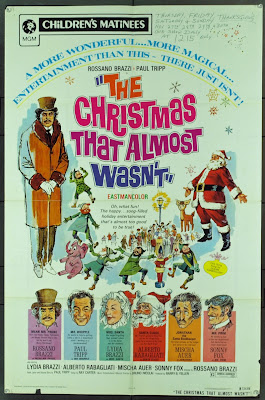 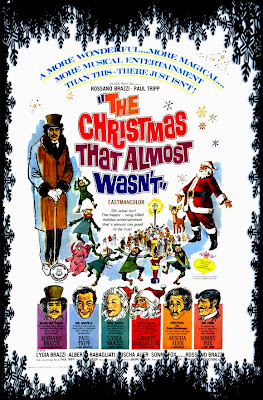 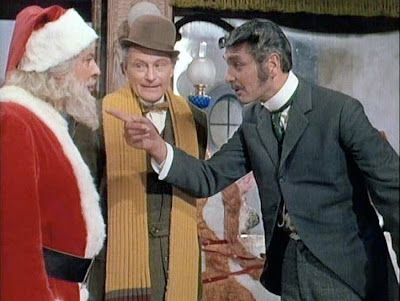 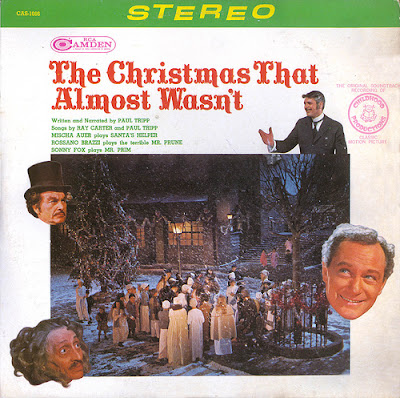 Posted by Booksteve at 7:28 PM