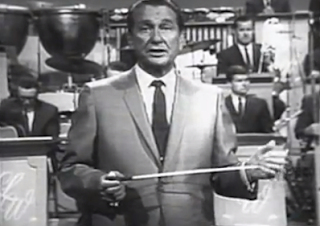 A staple of a surprisingly large number of American homes in the sixties (as well as the fifties and the seventies), THE LAWRENCE WELK SHOW probably received as much or more coverage in show business mags as the Beatles by the end of the decade....seriously!

Here, over at the great CLASSIC TELEVISION SHOWBIZ site, is Welk's champagne music holiday special from '66 in all its now-kitschy, old-fashioned entirety.

http://classicshowbiz.blogspot.com/2011/12/lawrence-welk-show-christmas-episode_6138.html
Posted by Booksteve at 4:38 AM