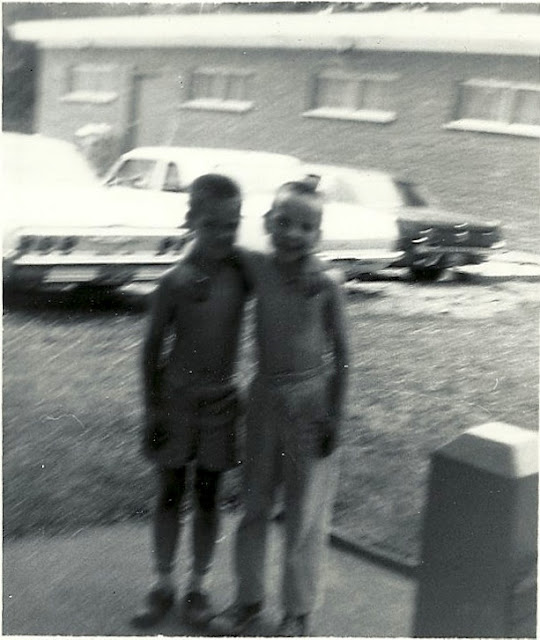 Me with my best friend in the summer of 1966, Jimmy. That's me on the right. In middle America, long hair was still a few years in the future. Comic books, TV shows and toy guns were my consuming passions! I had yet to discover radio as anything other than what Mom listened to before she headed off to work. I was the smartest kid in second grade and should have been wearing glasses but I did everything I could to avoid that for another year or so even though I had a pair. Oh, and boys could put their arms around each other in those days. There were no fingers pointed or bullying remarks. We were just pals. We lived in the alleys behind my house, setting up a spaceship in the old stone pipes in a vacant lot or exploring the dilapidated and abandoned office building that had three years of mail stuffed inside its mail slot. We ate whatever we wanted to eat, then ran it off until well after dark, playing with kids we never even saw in the daytime. If we had to go to the bathroom, we peed in the alley. Too much trouble to run home just for that. There were, after all, garage roofs to climb on.

It really was a different world that summer of 1966.
Posted by Booksteve at 8:42 PM