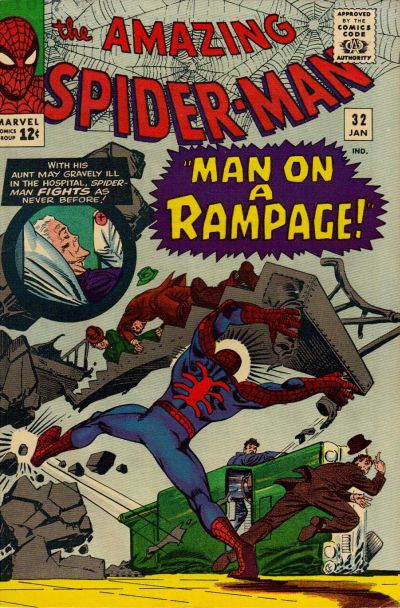 Quickly becoming the most popular comic book character of them all, 1966 was a seminal year for Marvel's Spider-Man. Included here, as usual, are the two 1966 issues actually on sale at the end of '65 as well as the two 1967 issues that rounded out '66. 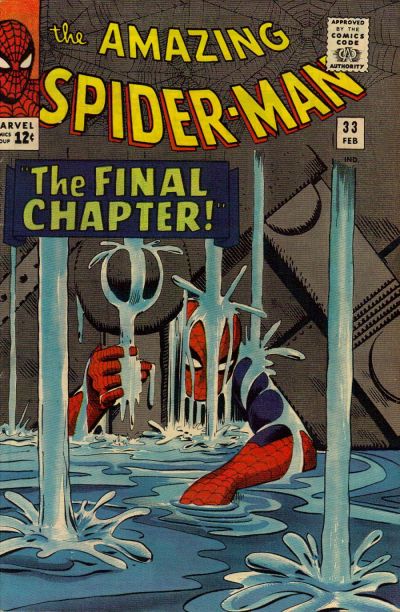 The issue above features a classic cover and story by Steve Ditko that is still listed consistently as perhaps the best single issue comic of all time as far as Silver Age fans are concerned. 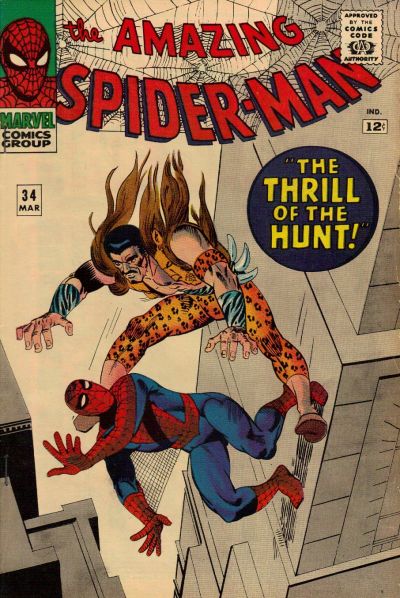 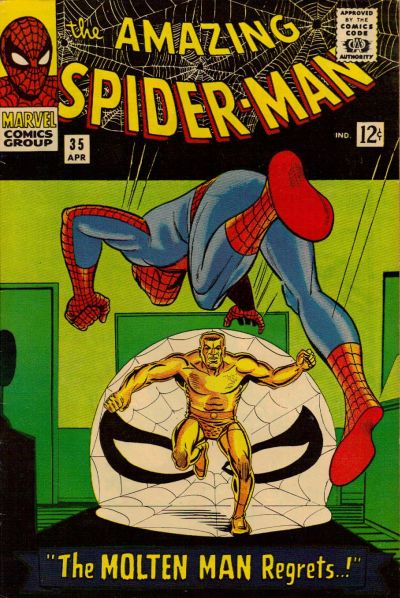 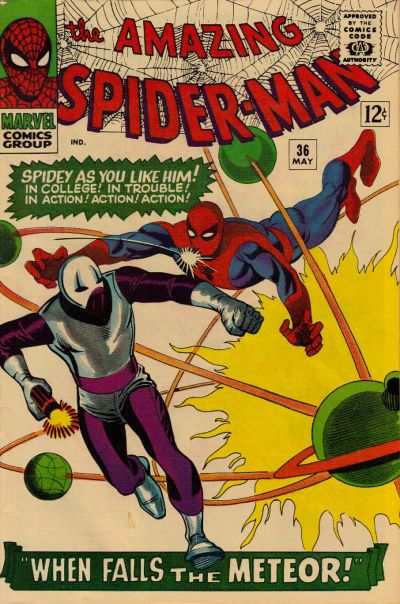 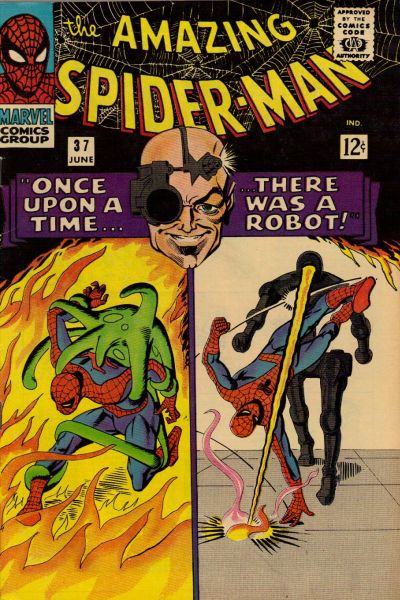 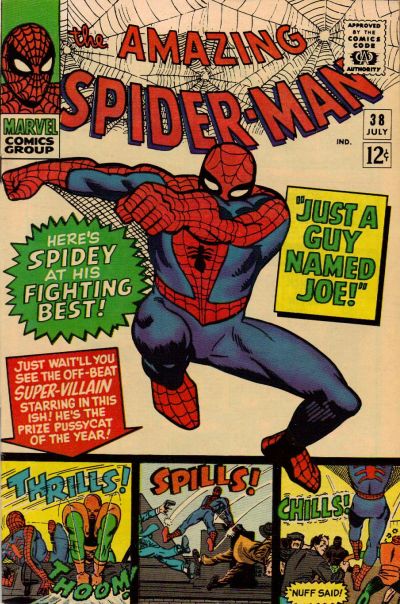 Ditko's final issue above. He didn't even bother to do a cover so one was pieced together in-house using panels from the story. In spite of all the behind the scenes contentiousness, it is still a good issue. 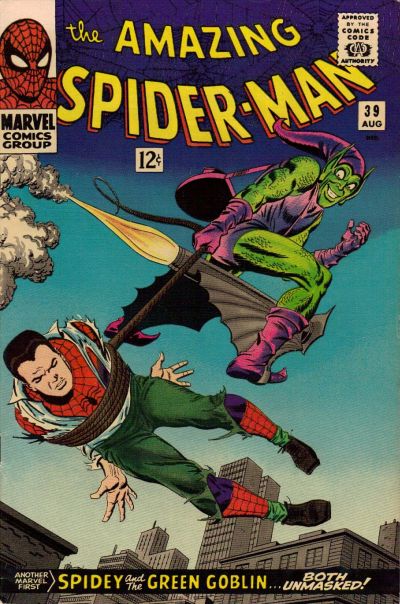 John Romita debuts as the new Spidey artist with a classic cover and a major two parter. 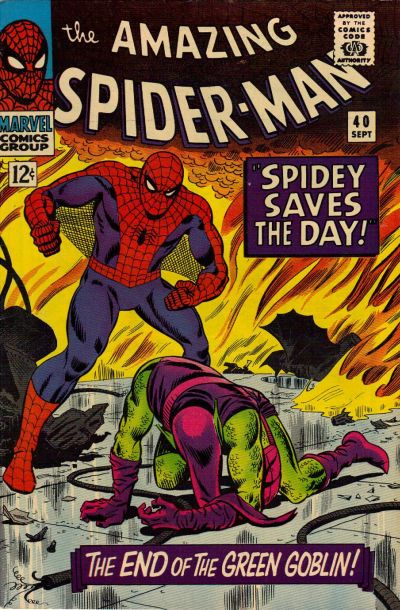 Other than a couple of Ditko reprints in MARVEL TALES, the issue above was my very first issue of THE AMAZING SPIDER-MAN. 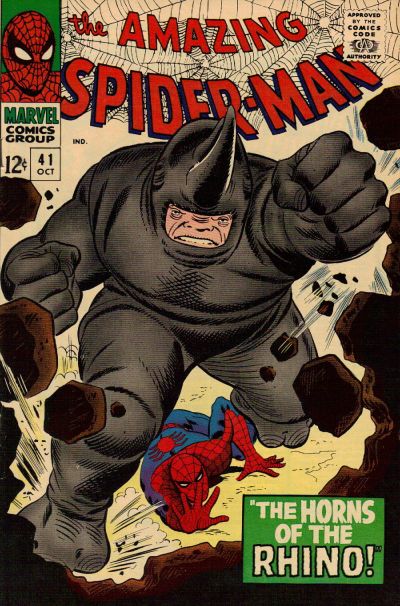 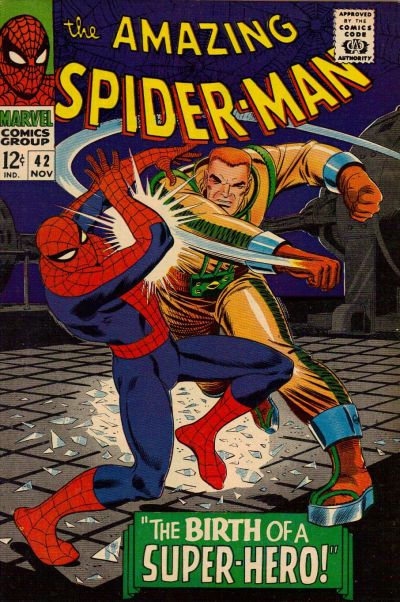 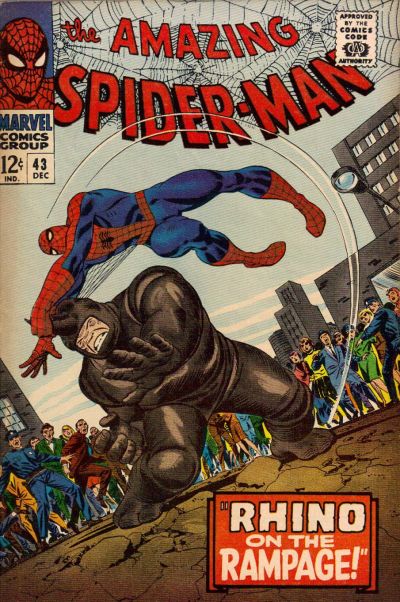 The first new post-Ditko villain, the Rhino would become one of Spidey's major opponents. 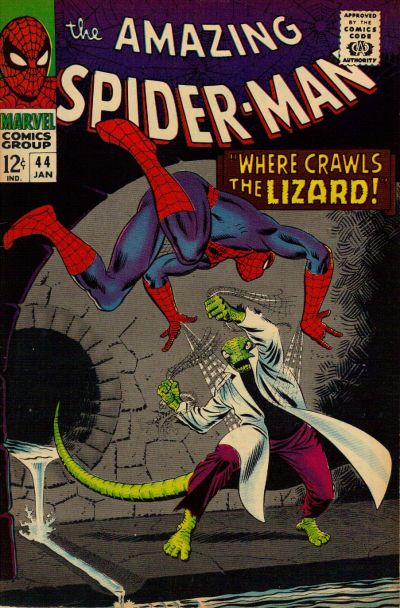 Above and below, two favorite issues from the early Romita period as our hero had to fight the Lizard with an injured arm. 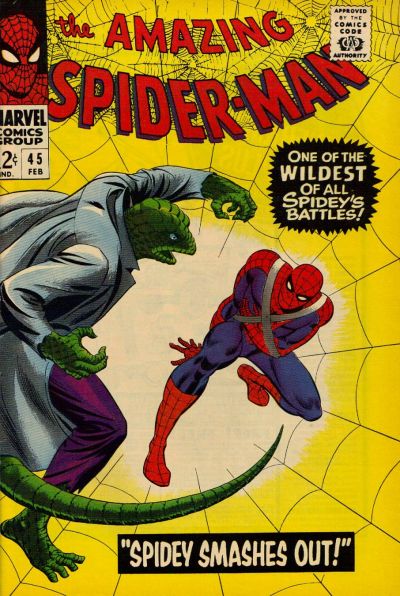 Posted by Booksteve at 5:26 AM