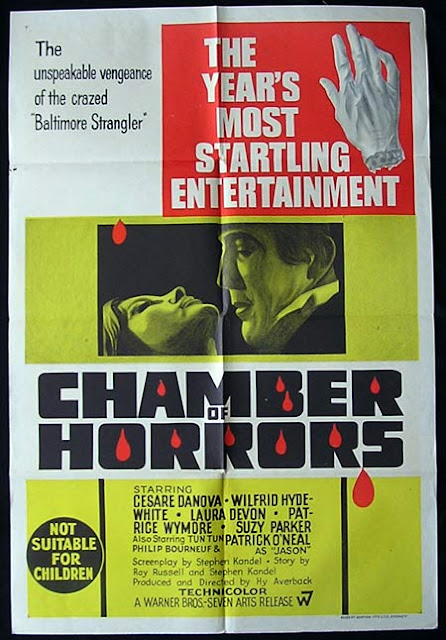 Actor Patrick O'Neal looks quite a bit like a clean-shaven Vincent Price in this '66 chiller. The Boston Strangler murders were in the news so the publicity for this refers to the film's killer as The Baltimore Strangler.

Originally a TV pilot abouta  pair of sleuths, Cesare Danova and Wilfrid Hyde-White,  who also run a wax museum, this was deemed a tad too gruesome and given theatrical release instead. Even then the Wiilliam Castle type gimmicks of the Fear Flasher and the Horror Horn, introduced in voiceover by actor William Conrad prior to the opening credits, were added to incite some ballyhoo. 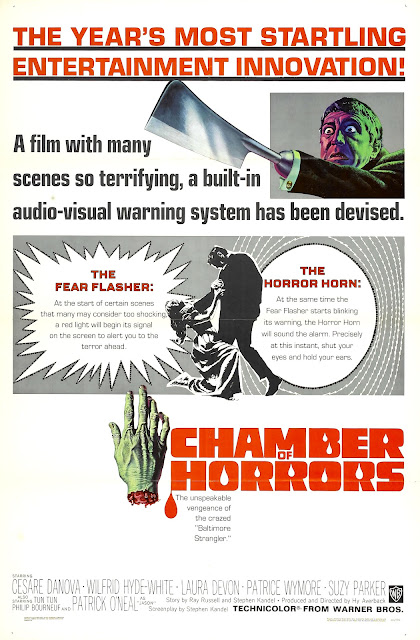 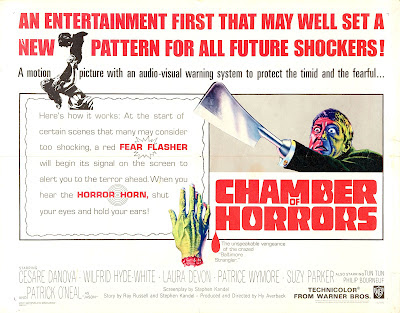 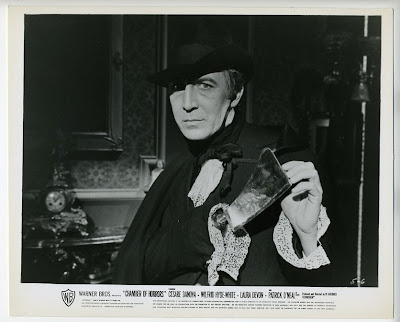 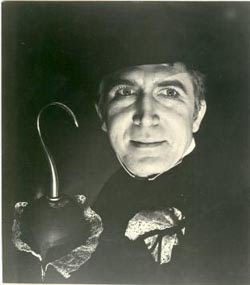 Posted by Booksteve at 6:45 AM