Paul McCartney and the Family Way 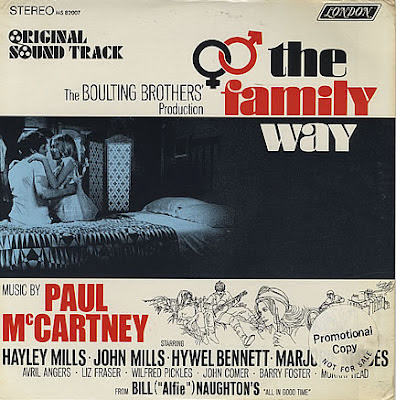 Technically the first solo Beatles album and Paul's first film soundtrack as well. During the break before 1967's SGT PEPPER'S LONELY HEARTS CLUB BAND, John went to Spain and co-starred with Michael Crawford in Richard Lester's HOW I WON THE WAR. McCartney stayed closer to home and scored this slice of life British drama featuring Disney favorite Hayley Mills in an uncharacteristically adult performance...complete with a brief nude scene.
Posted by Booksteve at 1:07 AM