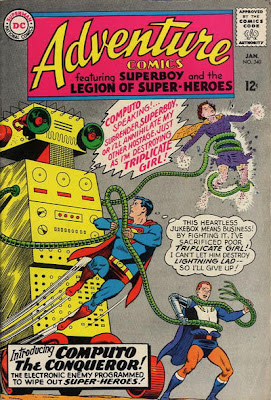 One of my very favorite comic books, ADVENTURE COMICS, is the subject of my brand new blog, the goal of which is to take a look at each of the 500 plus issues of this venerable comic book. In 1966, the year I discovered comics, THE LEGION OF SUPER-HEROES was the featured series in the title. My first issue was the September one, probably on sale in July. I quickly picked up the previous two issues, featuring the scriptwriting debut of teenage writer Jim Shooter, from a friend. It was a big year for the LSH, staring with the above issue that killed off one of Triplicate Girl's three selves, leaving her as Duo Damsel.
http://adventurecomicsblog.blogspot.com/ 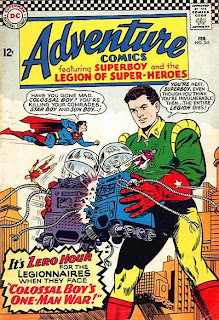 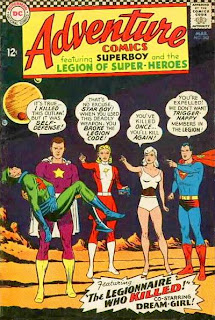 This was the issue where Star Boy accidentally killed someone and was forced to leave the group. Not yet a member, Dream Girl guest-starred. 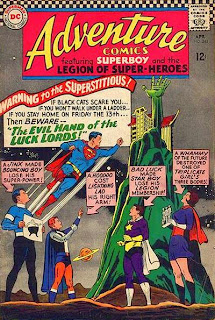 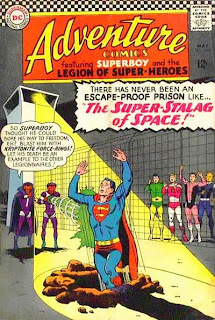 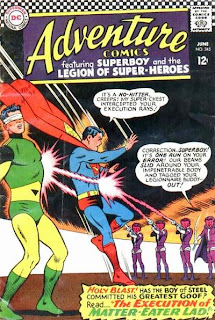 Below is the first Jim Shooter issue. Wanting to make the books more like Marvel, the young man quickly showed his elders how to make good comics. In this first issue alone, he introduced four brand new characters while apparently planning all along to not only have one be a traitor but one die not that long afterwards. 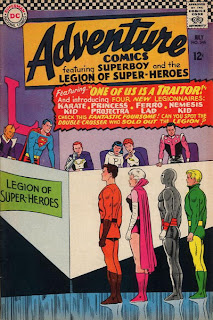 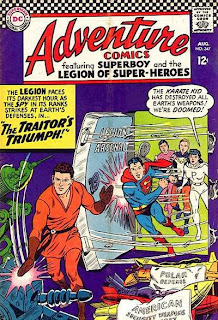 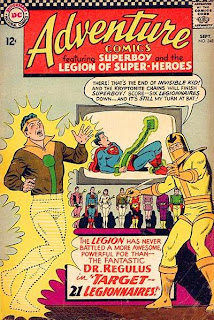 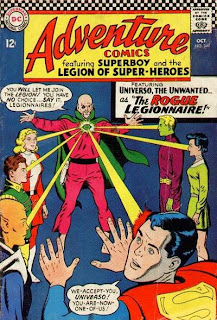 The two issues below were my favorites of '66. A two parter where a ton of stuff was going on, not the least of which was Superboy and Supergirl having to leave, "Sir Prize" and "Miss Terious" replacing them, the return of Bouncing Boy's powers and Lightning Lad's arm as well as a major role for Color Kid, a character created by a fan. 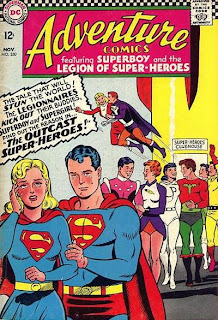 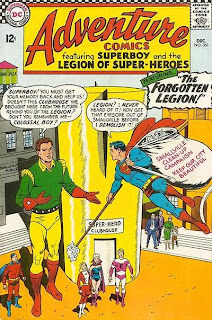 Posted by Booksteve at 7:47 PM