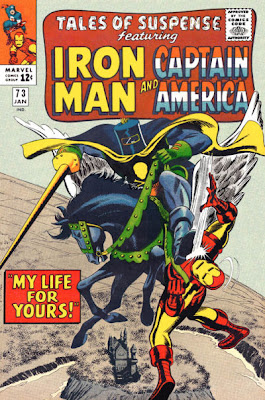 In 1966, Marvel Comics' two biggest future film stars were sharing a title called TALES OF SUSPENSE. They had gradually pushed out the actual tales of suspense and replaced them with some of the best superhero tales of the sixties.

By this point, both series were being scripted by Stan Lee. IRON MAN was being drawn by Gene Colan, fresh from DC romance comics. Cap was generally done by his co-creator, Jack Kirby.

It was an eventful year for both as you can see. The two features alternated covers. Eventually, in 1968, Marvel split the two into separate titles with latecomer Cap being the one to retain the book's numbering. 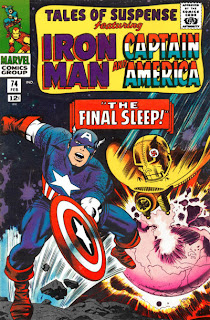 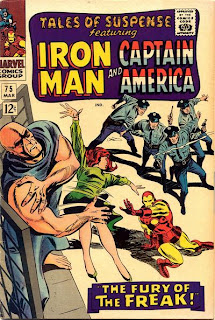 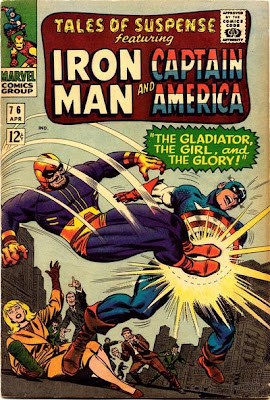 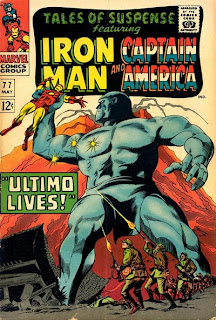 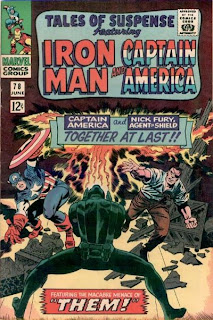 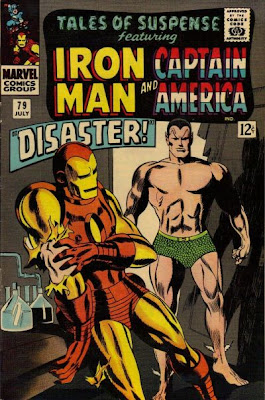 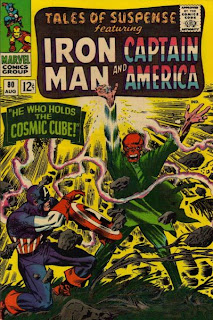 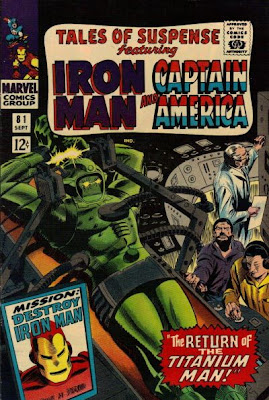 This above was my own first issue of TALES OF SUSPENSE and my intro to both Iron Man and Captain America. It came free in a CAPTAIN AMERICA board game, too, which I ended up getting twice so I had several copies of this issue! 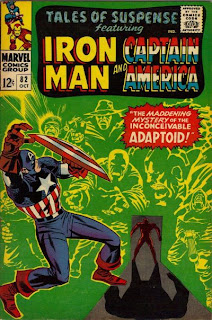 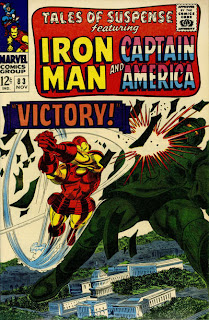 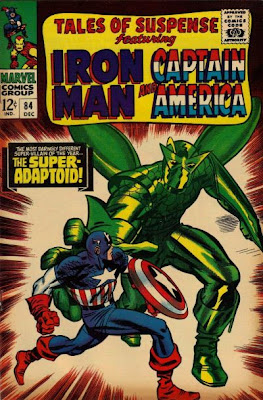 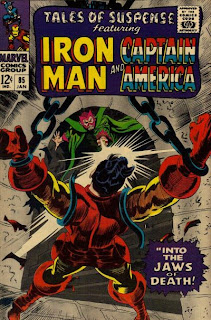 Posted by Booksteve at 6:02 AM