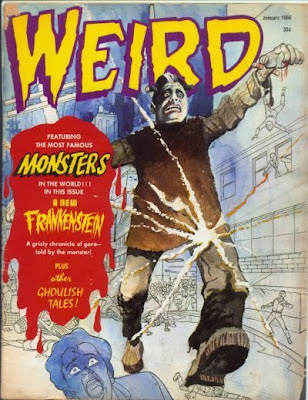 WEIRD was a '66 magazine designed to cash in on the success of Warren's CREEPY and EERIE titles by taking things a step or two further as far as violence, blood, torture and dismemberment. At least that's the direction in which these mags went. In the beginning, they were partly made up of pre-code reprints from bottom-of-the-barrell horror comics. Although the stories have a certain kitsch value in retrospect, the covers were often quite well done in this early stage. 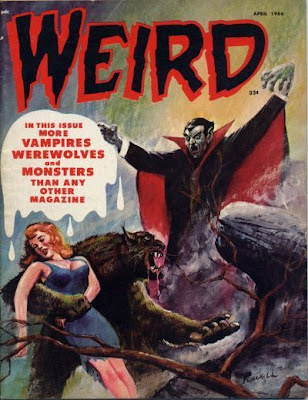 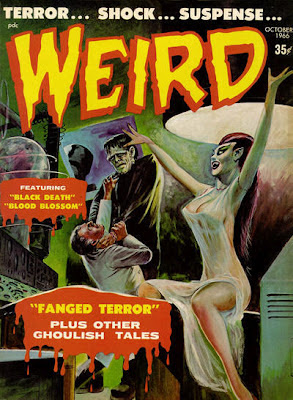 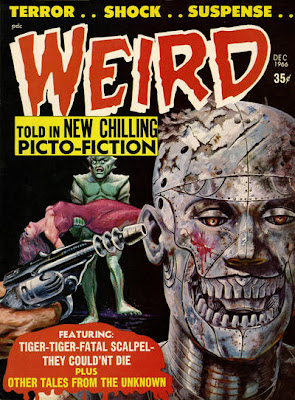 Posted by Booksteve at 8:35 AM