Doctor Solar, Man of the Atom 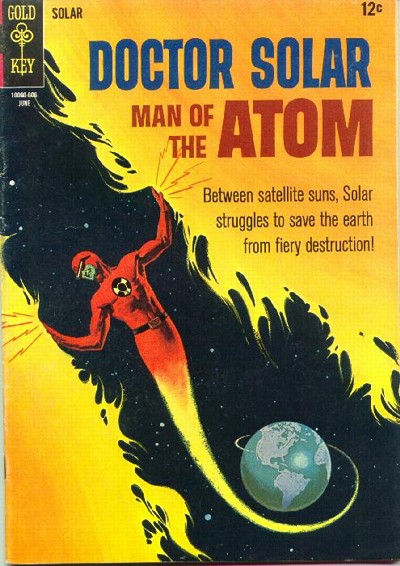 I have no idea what kind of schedule Gold Key had this title on. Sometimes it was bi-monthly, other times quarterly. In 1966, only three issues were actually released. Although not known for their superhero titles, this Western series (that's Western Publishing, not cowboys), is well-remembered and has been revived several times. 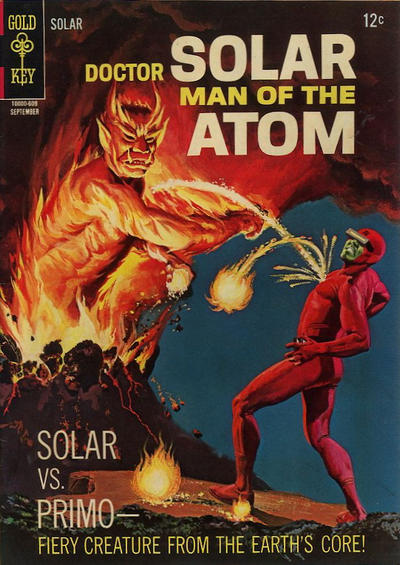 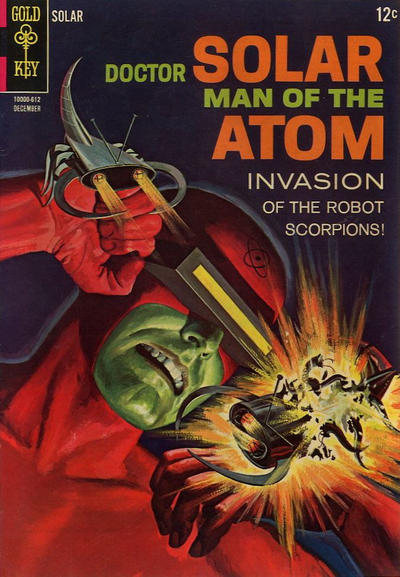 Posted by Booksteve at 6:40 PM