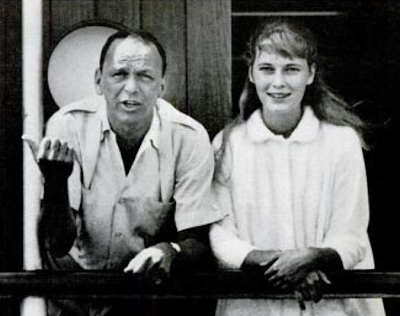 Actress Mia Farrow, daughter of former TARZAN co-star Maureen O'Sullivan, was just making a  name for herself in '66 when she surprised many by marrying the much older Frank Sinatra. Everyone said it wouldn't last. It didn't. In two years, they divorced. The image above was in LIFE in '66 before they were wed. Just two pages later saw the ad below featuring Woody Allen who would last a lot longer in Mia's life many years later before that relationship ended in its own scandal! Ah, Hollywood! 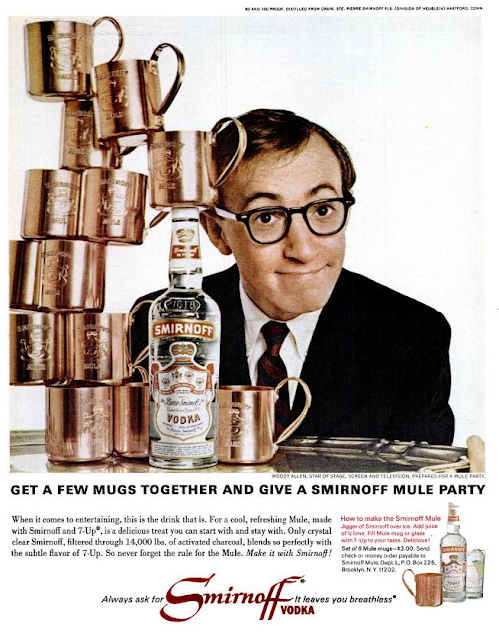 Posted by Booksteve at 3:47 PM