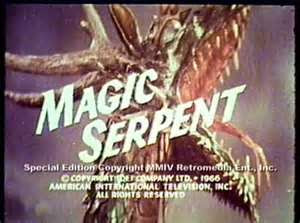 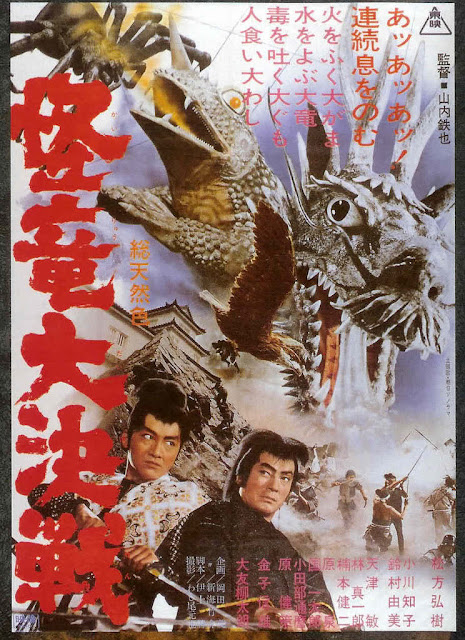 FROM IMDB: In ancient Japan, a good lord is killed and his throne is taken by the trecherous Yuki Daijo and his wizard friend Oroki-maru. The young prince Ikazuki-maru is rescued from the jaws of death by a magic bird sent by a wizard. Ten years later, Ikazuki-maru embarks on an adventure to avenge his parents and the wizard's death with his magic powers he learned from the wizard. He kills Yuki Daijo but then must battle Oroki-maru in a battle to the death. Written by Horror-Fan 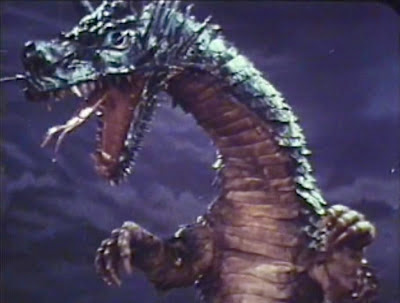 Posted by Booksteve at 9:49 PM