Presented in '67 for the preceding year, The Alley Awards were the first major awards for comics, set up through the fandom networks that organized from the fifties on and promoted in fanzines such as Jerry Bails' ALTER EGO. They had been around all through the sixties and had a bit of prestige by the '66 balloting.

From Wikipedia, here are the 1966 Alley Award Winners: 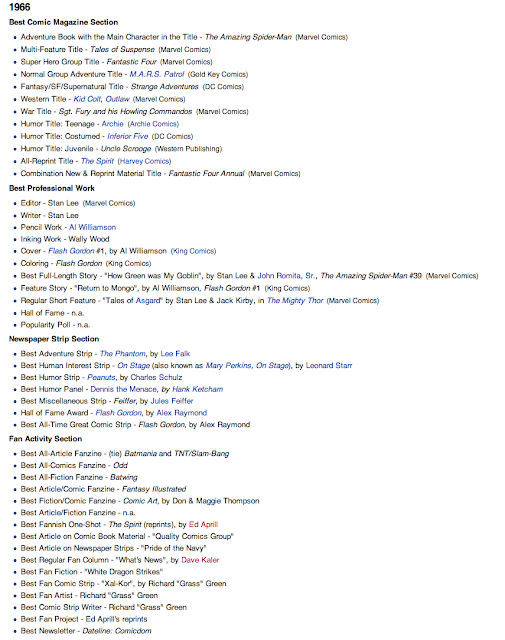 Posted by Booksteve at 3:17 PM