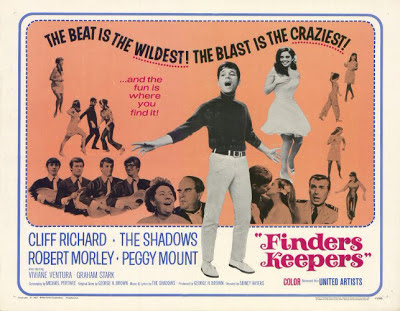 Singer Cliff Richard was known in the some circles as the UK Elvis Presley. He and his group, The Shadows, had plenty of rockin' hits in the late fifties and early sixties. Like Elvis, Cliff also drifted into movies where he put out a series of fun, inoffensive pop musicals like THE YOUNG ONES and SUMMER HOLIDAY. Here, in '66, he was still putting 'em out with FINDERS KEEPERS. (Available on Netflix!) 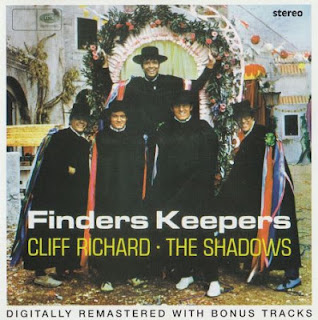 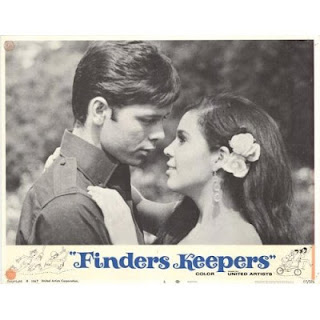 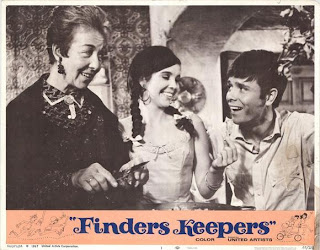 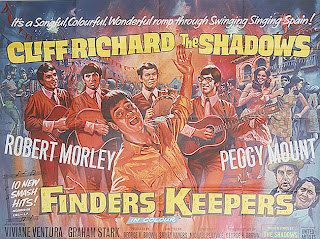 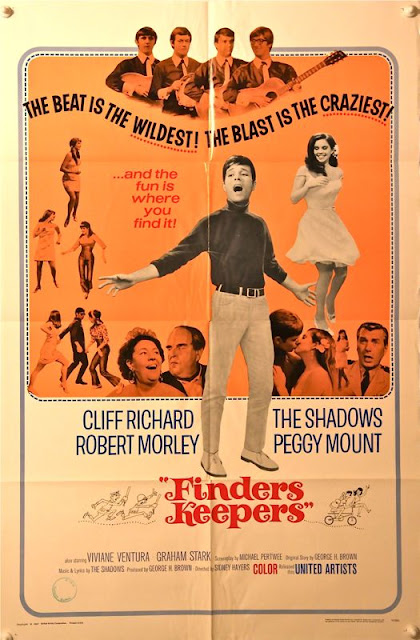