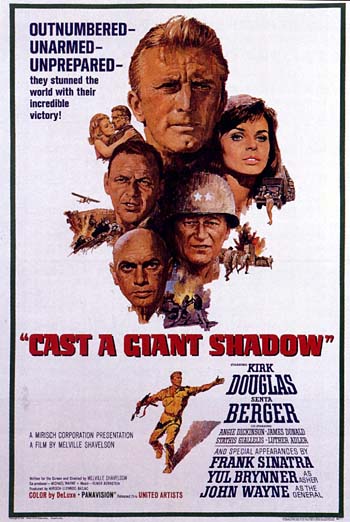 CAST A GIANT SHADOW was one of those big-budget war flicks with an all-star cast, many of whose appearances amount to little more than glorified cameos.  In this case, the war, although you can't really tell it well from the marketing, was the 1948 Arab-Israeli War. Based on a more-or-less true story, Kirk Douglas stars as a former American Army Colonel who is called on to help the Israeli troops. John Wayne, Frank Sinatra and Yul Brynner have nice billing but don't appear nearly as much as Kirk. The whole thing was put together by Mel Shavelson, better known for comedies with Bob Hope, Cary Grant and Danny Kaye as well as for TV's MY WORLD AND WELCOME TO IT. 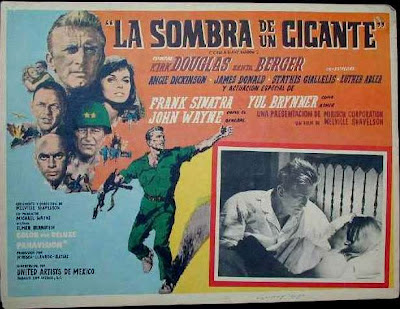 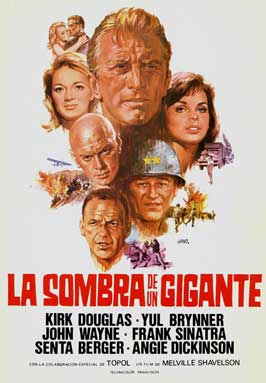 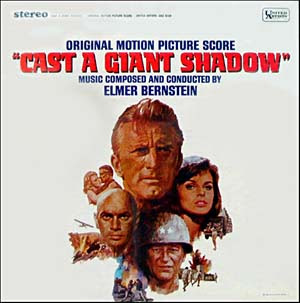 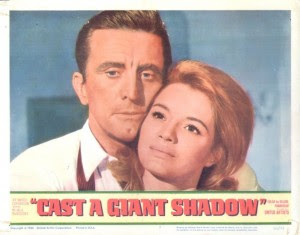 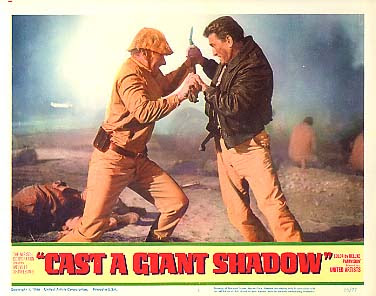 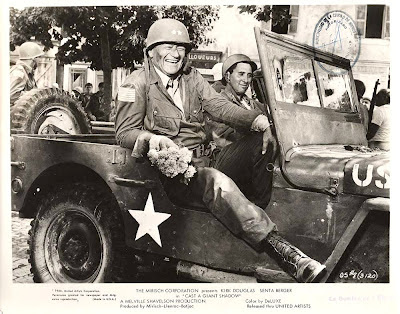 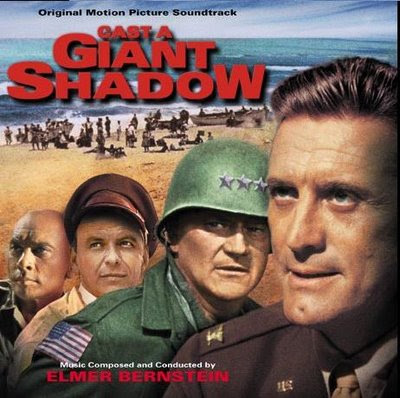 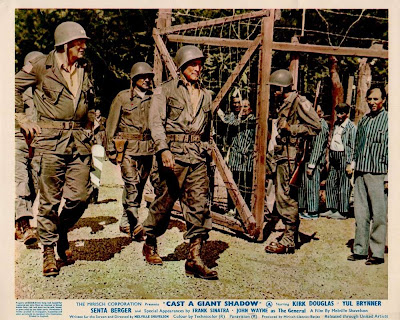 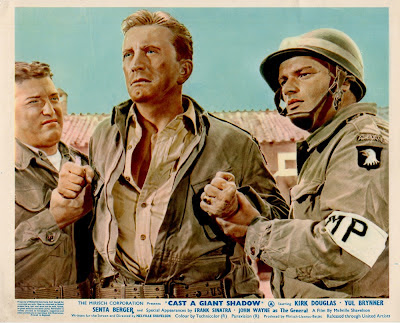 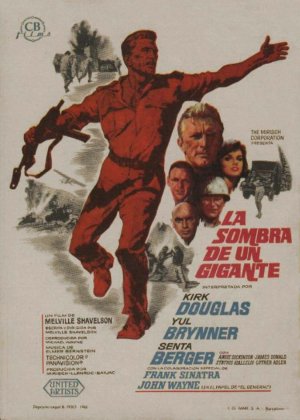 Posted by Booksteve at 6:26 AM