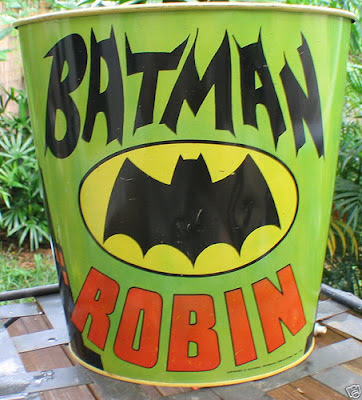 I actually used this trash can until the early 1990's! The only thing is that back when I first bought it I painted glow in the dark paint on the bat...which ultimately caused the original paint to simply peel off. It was in pretty bad shape by the time I gave it up. But it was also my last remaining non-comic souvenir of Batmania.
Posted by Booksteve at 12:30 AM