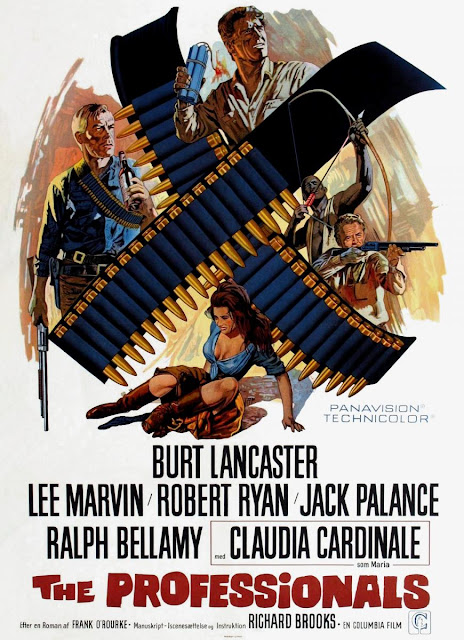 It may look now like a precursor to 1969's WILD BUNCH but 1966's THE PROFESSIONALS is a force unto itself, nominated as it was for 3 Academy Awards and spotlighting a classic cast including Burt Lancaster, Lee Marvin, Robert Ryan, Woody Strode, Jack Palance, Ralph Bellamy and the beauteous Claudia Cardinale. 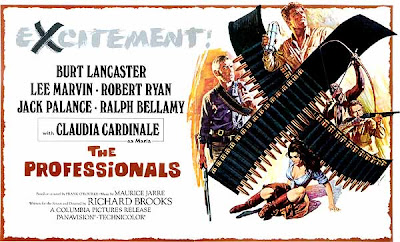 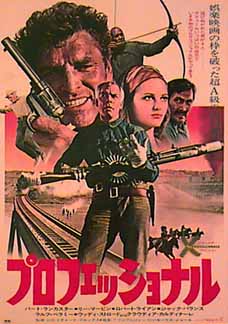 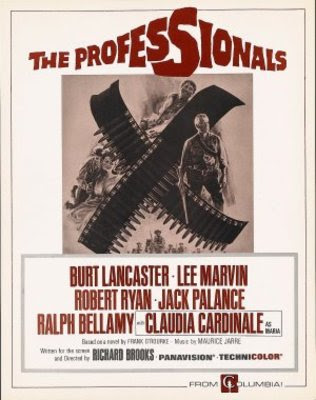 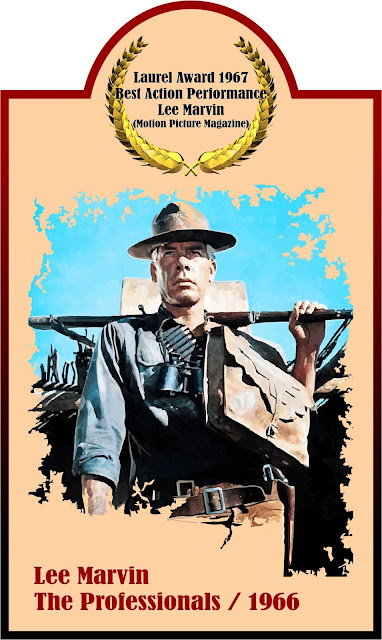 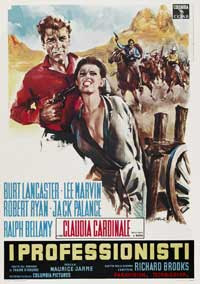 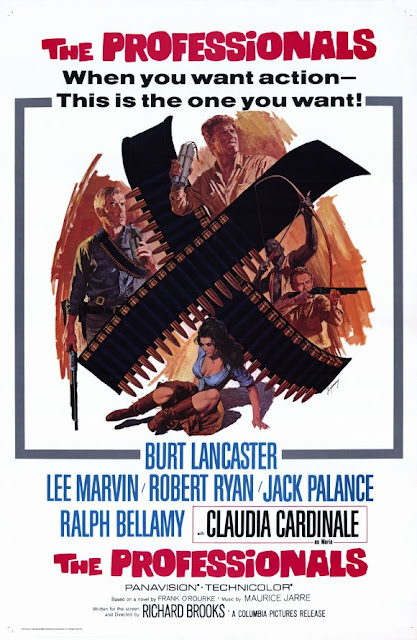 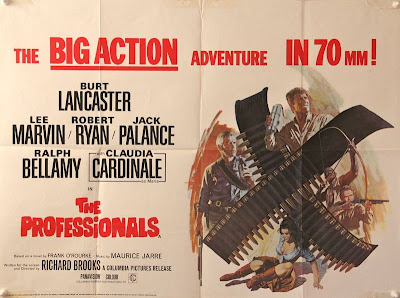 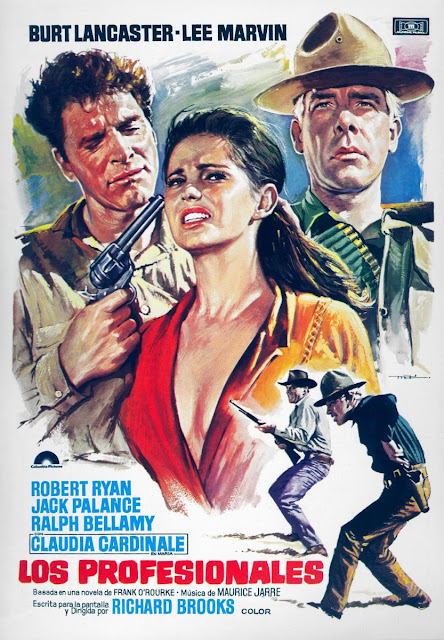 Posted by Booksteve at 5:09 PM