Around the World Under the Sea 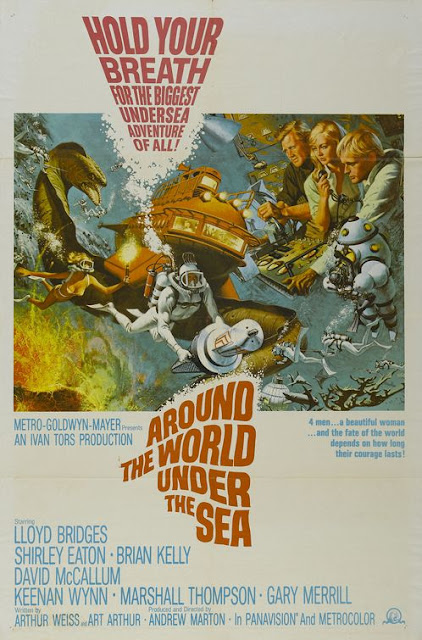 Sort of a combination of SEA HUNT and VOYAGE TO THE BOTTOM OF THE SEA, this Ivan Tors production starred Lloyd Bridges from the former as well as Brian Kelly from Tors' FLIPPER and Marshall Thompson from the producer's DAKTARI. Toss in Ilya from THE MAN FROM U.N.C.L.E. and the golden girl from GOLDFINGER and there you go. 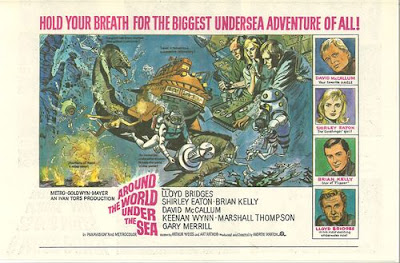 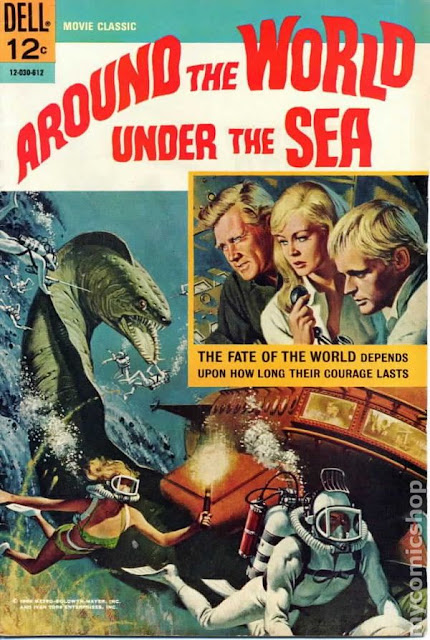 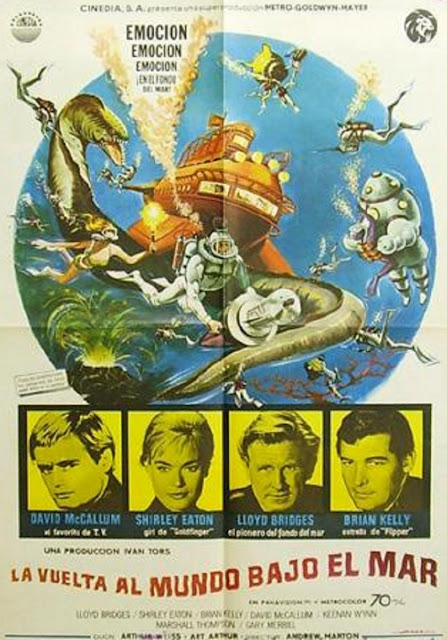 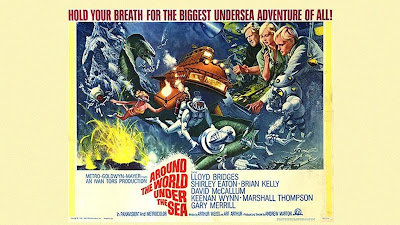 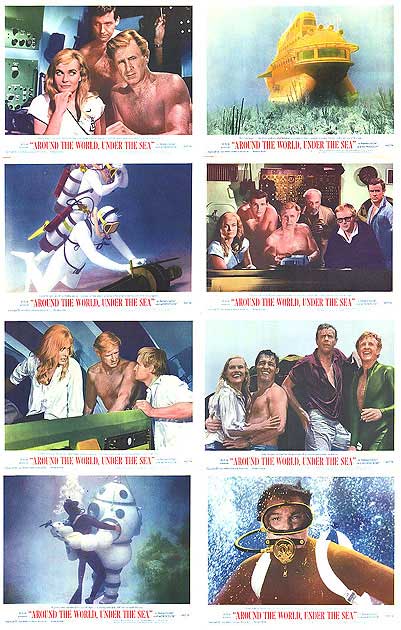 Posted by Booksteve at 6:40 AM